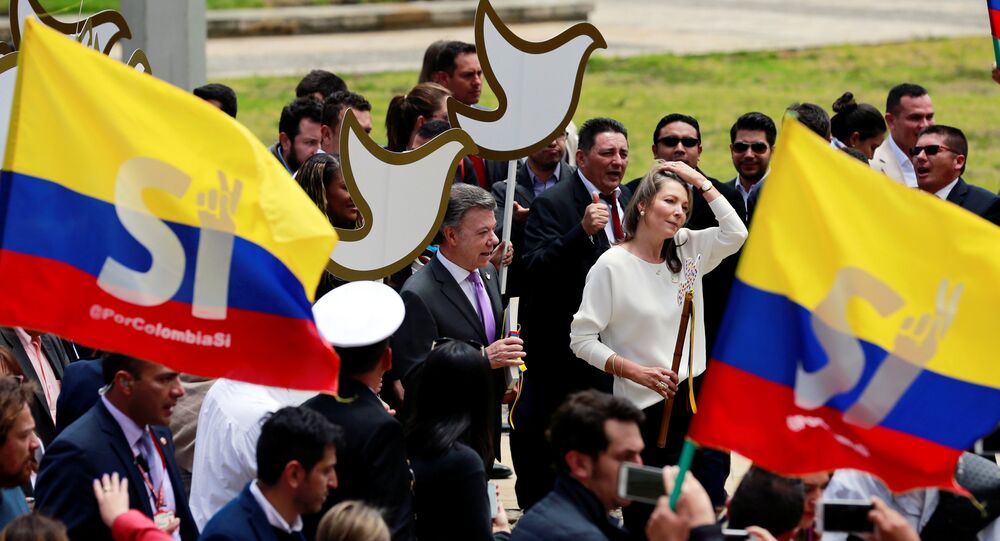 Successful implementation of the peace deal reached with the Revolutionary Armed Forces of Colombia (FARC) guerrilla group will benefit Colombia’s economy in the medium to long term, Fitch Ratings agency said in a press release on Friday.

"Investment and growth could increase over the medium term, as areas that were formerly in conflict zones attract investment in mining and agriculture," the release stated.

© REUTERS / John Vizcaino
The Colombian Peace Process and What World Leaders Can Learn From It
Long term, Fitch explained that Colombia must focus on a tax reform proposal to compensate for oil revenue losses and to replace current taxes that will expire in 2018.

The agency noted that Colombia will need to rebuild its revenue base in the near term to accommodate investment without jeopardizing fiscal consolidation.