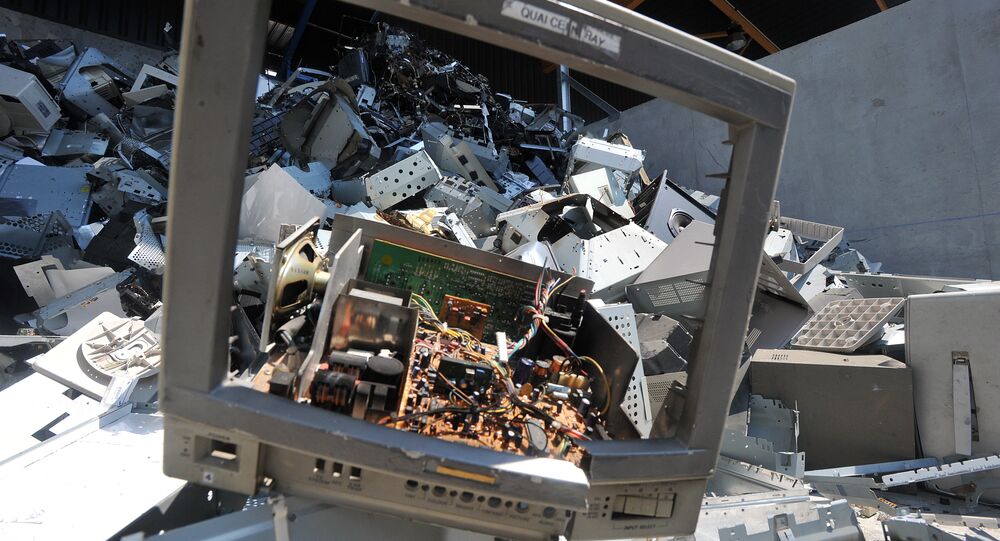 Rafael dos Santos Silva, a 29-year-old resident of Brazilian state Minas Gerais, has built a model of Belo Horizonte out of electronic waste material and old computer parts and is now on his way to becoming a Guinness World Records’ rising star.

This week, RankBrasil, the company registering Brazilian records, will reward the young inventor with a prize and a certificate.

Rafael Silva has already built 9 models out of used materials and old computer parts. He gets his supply from stores that sell old equipment.

“In Belo Horizonte, we have a power substation, factory and an airport. The city dimensions are 1.70 meters to 1.20 meters, while the scale of it is 1:200. I used cooper to make trees, and cardboard, sawdust and grass for roads. The airport’s platform is made out of old rusty floppy disks,” Rafael described the model’s layout in an interview with Sputnik.

To put all pieces together, Rafael had to go back to basics of computer science and computational mathematics.

“I combined my knowledge in both architecture and computer science to build Belo Horizonte’s models. That is why I used electronic waste,” Rafael told Sputnik.

Rafael plans to create a non-permanent exhibition of his models as well as promote the idea of intelligent disposal of electronic waste by, for example, recycling materials.