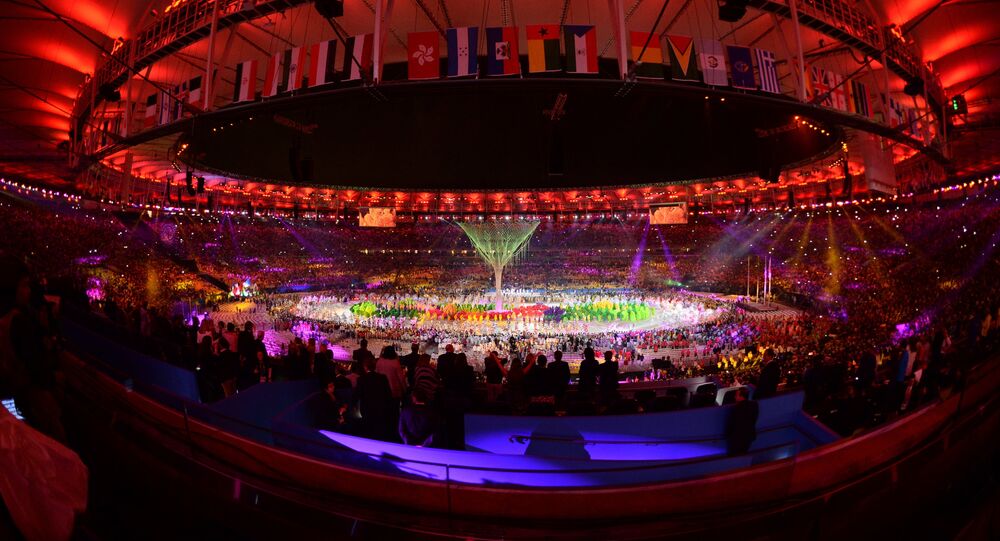 Anna Ginzburg, a Russian volunteer at the Rio 2016 Olympics, told Sputnik about her emotions, interesting moments of the games, security and the Zika disease.

Despite Brazil’s slow but cheerful lifestyle, the Rio Olympics was a success and the atmosphere was absolutely incredible.

“When you see with your own eyes Usain Bolt win another gold and the whole stadium chanting his name, you get unbelievable energy, which cannot be compared with anything,” exclaimed the volunteer in an interview to Sputnik.

According to Ginzburg, even with poor volunteer turnout (two-thirds of registered volunteers did not turn up to the Olympic Games) could not ruin the well-coordinated and greatly managed event.

© AFP 2021 / Odd ANDERSEN
Green Pool, DiCaprio Twin and Other Curiosities at the Rio Olympics
As for accommodation, with the arrival of the international delegation there were rumors about the unavailability of facilities. However, straight after the opening ceremony, everything turned out to be unproblematic.

Volunteers, for example, did not receive housing accommodation. Everyone had to look for one of their own.

“I lived in a very nice location with good infrastructure and convenient transport interchange. If you ask me, this is the main criteria when choosing a property,” Ginzburg told Sputnik.

However, even the most fantastic events aren’t without criticism.

© REUTERS / Kai Pfaffenbach
These Awe-Inspiring Memes Deserve Their Very Own Olympic Gold
According to Ginzburg, some locals were unhappy with the Olympics.

“But you cannot satisfy everyone, can you?” Ginzburg told Sputnik. “At least, despite European media coverage and exaggerations, the atmosphere at the Olympics was magical.”

In terms of security, Ginzburg explained that the reality as not as scary as it had been inflated by foreign media. In in crowded places police patrolled everywhere, however, there were cases of theft.

“But you have to be just careful,” explained the volunteer. “The first thing we were told when we arrived ‘do not catch pokemons in the street! Not in Rio!’”

The worry over the Zika virus was not at all justified, said the volunteer. Volunteers received mosquito and insect sprays and were recommended to receive vaccinations before their arrival to Rio.

“So if you follow all instructions, you will be safe from the Zika virus and you will have nothing to worry about,” Ginzburg told Sputnik.