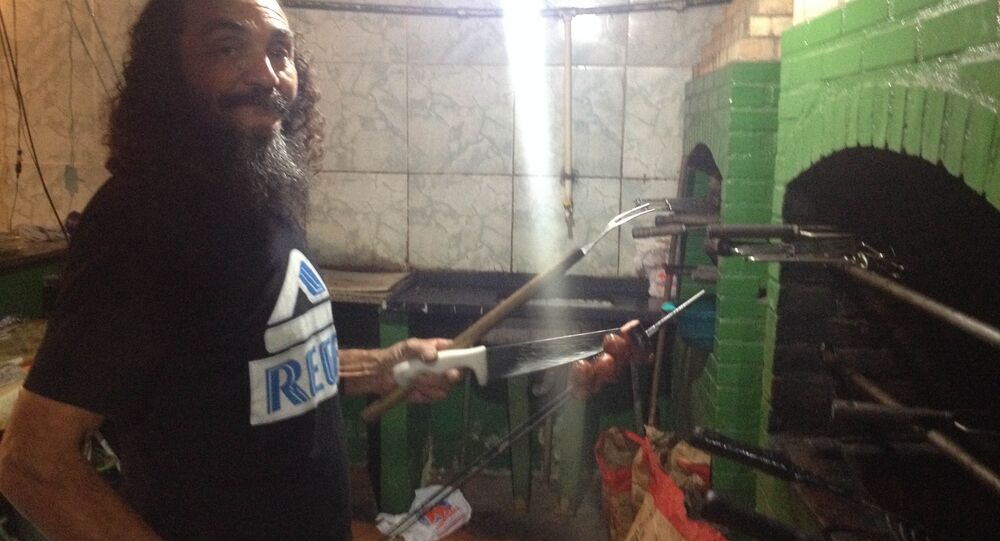 A Bin Laden-themed bar, located near the Olympic Village, became extremely popular during the 2016 Summer Games in Rio. The bar’s owner told Sputnik about the secrets of its great success.

The "Bar do Bin Laden" never received much attention throughout its 13 years of existence, even during the Pan American Games and the World Cup, José told Sputnik in an interview.

The bar was not always named as it is now. Customers began calling José "Bin Laden" because of his resemblance to a terrorist.

Brazilian "Bin Laden" was born to a poor family and works the bar with his son. The Olympics helped them to open the door to the world and to attract the attention of the international press, they said.

A lot of athletes and residents of the Olympic Village have eaten at Bin Laden's Bar. José said that at the same moment when he was giving the interview to Sputnik, a group of Tunisian athletes were watching high jump competitions on TV, a group from the Spanish delegation bought 30 bottles of beer "to go," a while a lot of pizza, barbecue, snacks, cocktails and beer were constantly being carried out of the small kitchen.

When José was asked whether fame would affect the future of his place, he said that everything will remain the same.

"I want to leave everything as it is. We have already become an example to follow. Our doors are always open to everyone. This is the secret of our success."

You Shall Not Pass! US Officials Valiantly Protect NYC From (MC) Bin Laden