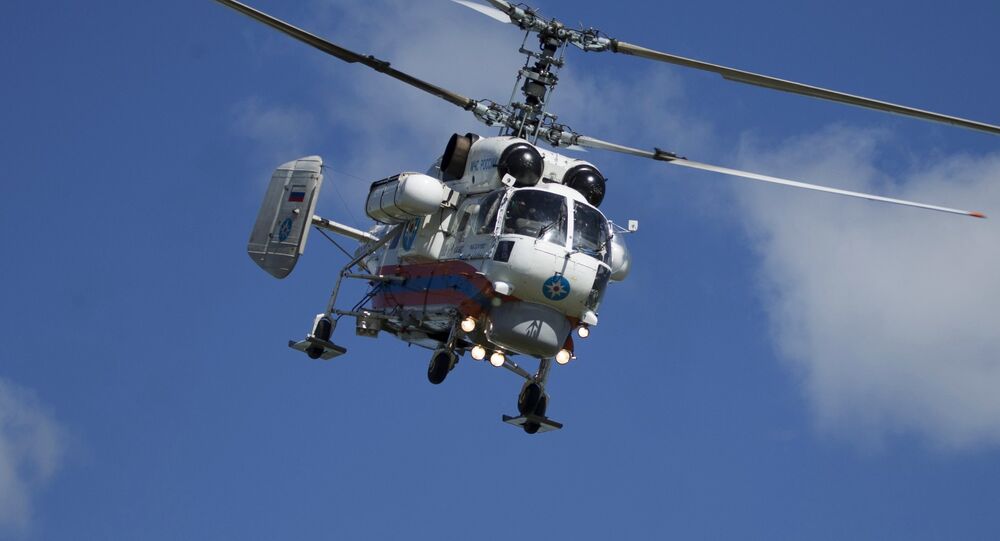 MOSCOW (Sputnik) — Both Portugal's mainland and Madeira have been experiencing wildfires for days after temperatures soared to 35 degrees Celsius (95 degrees Fahrenheit). Five people have died and over 300 have been injured, according to the European Commission's Humanitarian Aid & Civil Protection (ECHO) agency.

"The Ka-32A11BC multirole helicopters, produced by the Russian Helicopters holding, have taken part in extinguishing major fires on Portugal's Madeira Island. The Russian-made helicopters, belonging to the Portuguese Interior Ministry, have shown their ability to extinguish fires quickly and effectively in the most difficult situations," Russian Helicopters, which is a part of the Rostec State Corporation, said in a statement.

© Photo : penta-club.ru
Russia to Use Syrian Combat Experience in Upgrading Helicopter Blades
The firefighting version of the helicopter is equipped with the most up-to-date aerial firefighting system and water cannons, the statement added, noting that the Ka-32A11BC is capable of taking up 3,200 liters (845 gallons) of water and dumping it over fire in less than two minutes while maintaining high hovering precision and maneuverability.

The Ka-32A11BC, which is a derivative of the Ka-32 transport helicopter, is designed for search and rescue missions, cargo transport, logging, patrol and firefighting missions. It is well-suited for missions in built-up and mountainous areas and is operated by one pilot.