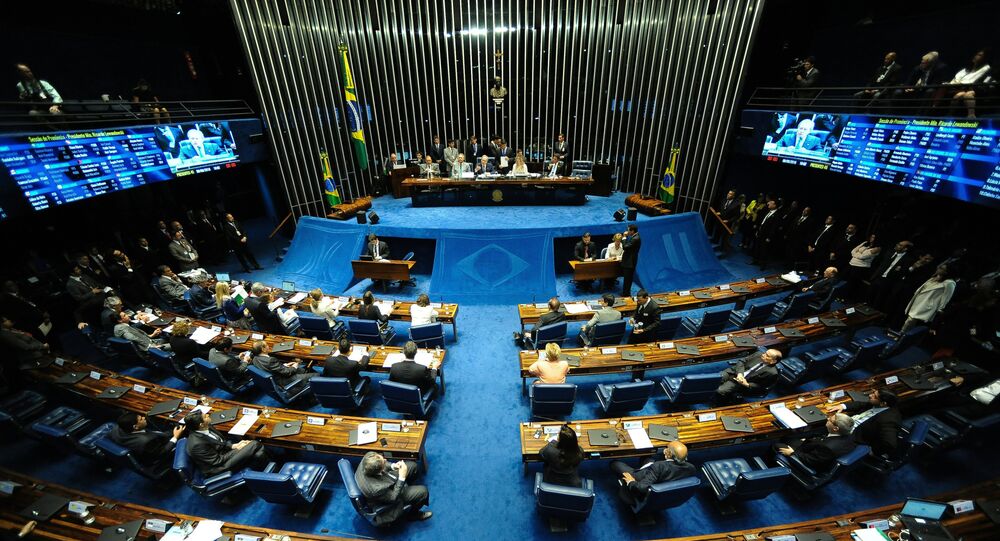 A two-thirds majority will be needed for the Senate to impeach Brazilian President Dilma Rousseff.

MOSCOW (Sputnik) — The Brazilian Senate will hold the final vote in two weeks on whether suspended President Dilma Rousseff should be impeached, local media reported on Friday citing Rousseff's lawyer.

© AFP 2021 / TASSO MARCELO
Protesters in Brazil Call for Using Olympics to Draw Attention to Coup in Country
Under the law, the president will be summoned to the Supreme Court later today, although she is not required to attend in person, while the final judgment will be passed on August 25, her lawyer and former justice minister Jose Eduardo Cardozo said, as cited by Bazil’s newspaper Folha de S.Paulo.

The upper house of the Brazilian parliament voted this week by a majority of 59 to 21 to go ahead with the impeachment process against Rousseff after she was accused of doctoring budget figures in the run-up to the presidential election in 2014.

A two-thirds majority will be needed for the Senate to impeach the 68-year-old politician. She will be reinstated as president if it fails. Caretaker President Michael Temer will stay in power until a new presidential election if Rousseff goes.

Ecuador to Review Diplomatic Ties With Brazil if Rousseff is Impeached