As the 2016 Olympic Games kicks off in Rio, Radio Sputnik discusses with Dr. Francisco Rodriguez, the head of Middlesex University's Centre for Brazilian and Latin American Studies, developments in the ongoing coup against suspended Brazilian President Dilma Rousseff.

Talking about the roots of the ongoing impeachment process with Loud & Clear, Rodriguez suggested that it is a result of political and economic successes of the now-suspended President Rousseff.

Right-wing opposition members were “shocked when they lost the elections in 2014, where Rousseff got 54 million votes,” the analyst said.  “Then they thought, she’s going to likely win in the next elections, staying in power from 2018 to 2022. Given her popularity, she’d be likely to be re-elected in 2022,” he added.

“The state has come to extend in every possible way. In education, universities were created. In infrastructure, large projects, such as motorways, have been launched. This led to an enormous amount of contracts, and many of them came from Petrobras, the state-run oil company.” 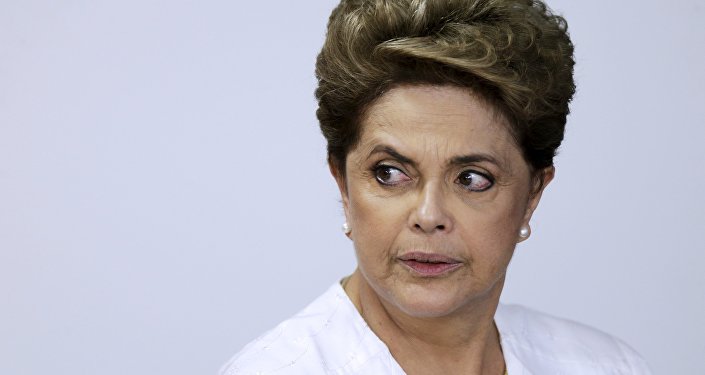 Over 300 members of the 594-member Congress were involved in the kickback schemes, as well as up to 50 per cent of the Senate, the analyst noted.

“Because they thought Dilma would not stop it, they said ‘ok, this will be a trigger for us to get back to power,’” but when they made a presentation to impeach her, they hadn’t accused her of corruption; they accused her of ‘financial manoeuvring.’

The media and the right wing used the corruption scandal to say that the government was guilty of the economic troubles that befell Brazil. But “eventually it emerged that many politicians on the right have been involved in this.”

They imposed a “huge number of harsh neoliberal measures against the people,” including eliminating funding for universities, cutting social security programs for the poorest, and scrapping healthcare expansions.

“Dilma’s suspended  and look what they’ve done – a total destruction of all social programs.”

Demonstrations have swept the country. Temer was enthusiastically booed at the opening ceremonies of the Olympics in Rio. As the impeachment process continues, Rousseff’s popularity will increase, and according to the analyst, her eventual comeback will make for a “healthy” Brazil and all of Latin America.