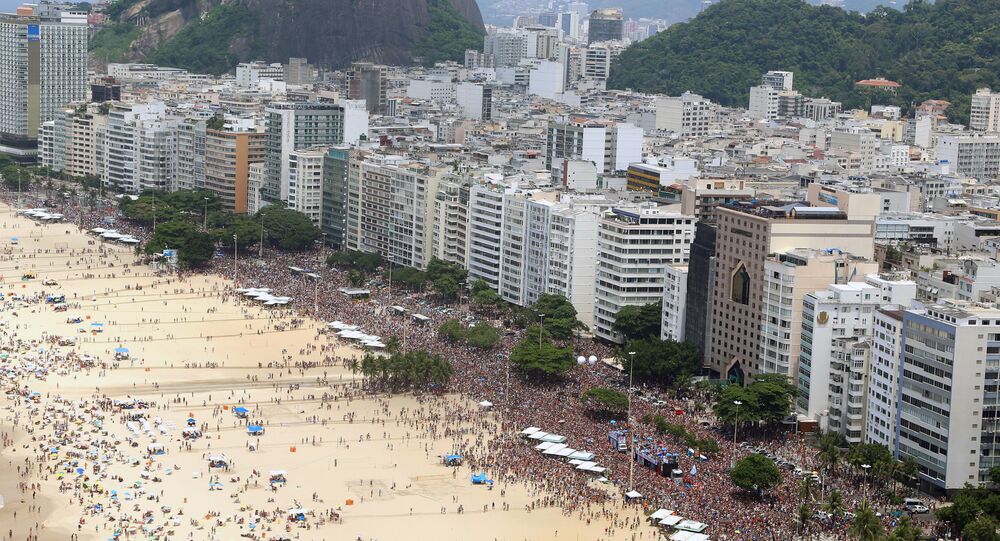 The Regional Medical Council of Rio de Janeiro State (Conselho Regional de Medicina do Estado de Rio de Janeiro, CREMERJ) conducted an inspection of five urban hospitals that will accept residents, athletes and tourists during the Olympic Games. The results are not very encouraging: the hospitals are overcrowded.

"What we call the overflow? For example, red chambers of these hospitals, which are provided to patients in serious condition, are at 100% capacity; in spite of the fact that some of those wards have received extra beds. Yellow chambers for patients in a stable condition were full as well," said Dr. Nahon.

© AFP 2020 / Marcos de Paula
From Brasilia to Rio, Torch Has Travelled All Way Here
14
The CREMERJ, which is an independent federal agency, carried out the inspection almost a month before, and municipal authorities were notified of the problems found, according to Dr. Nahon.

"We were concerned about the lack of spare places. About 130 additional beds were created at the federal hospitals in Rio. A lot of non-priority operations were delayed to create these places. Would it affect the patients whose operations were postponed? Of course!"

However, the current priority of the Rio health care system is to provide a framework in case of serious cases during the Olympics, Dr. Nahon admitted.

"God forbid anything bad like a terrorist attack to happen. If this happens, there would be serious problems," said the specialist. "There is a lack of beds in the reanimation department, although there are enough doctors and nurses. The municipality has hired a lot of professionals, but could not solve the problem of overcrowding and lack of space in emergency rooms."

"We will watch over and hope that nothing serious happens during the Olympic Games," he said.