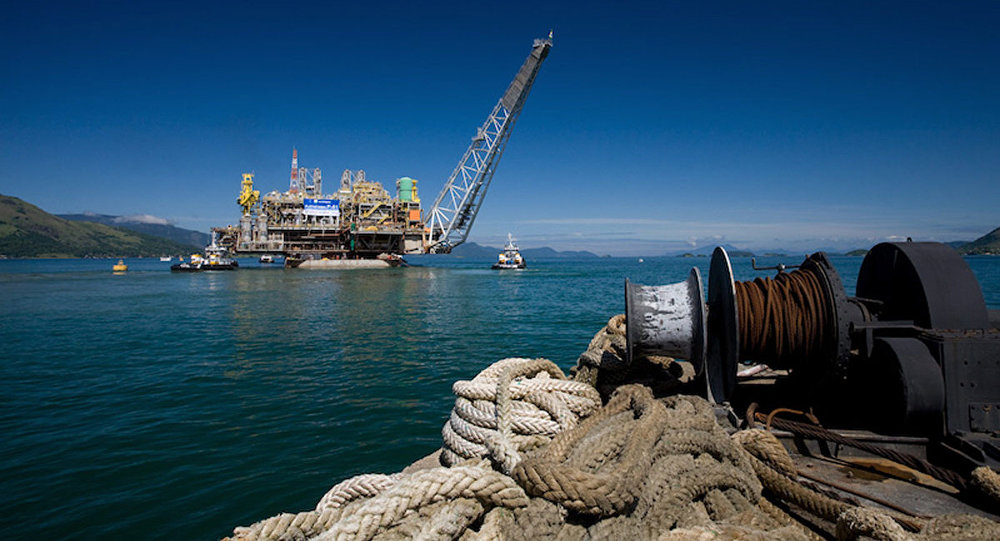 The Brazilian parliament's lower house adopted a bill to scrap Petrobras' exclusive right to explore the country's pre-salt oil reserves; critics say that the move is almost sure to ride roughshod over the Brazilian economy.

© Flickr / sandeepachetan.com travel photography
Brazil Unemployment Rate Stays at Record 11.2% for Third Month
The Brazilian parliament's lower house has introduced a bill that would rescind corruption scandal-plagued Petrobras's exclusive right to explore the country's pre-salt oil reserves. This measure could be a step towards the privatization of the state-run oil and gas giant, critics say, adding that the move will have a negative impact on the already-troubled Brazilian economy.

Presented by Brazil's current Minister of Foreign Affairs, former Senator Jose Serra, the project would eliminate the current requirement that Petrobras act as the exclusive operator and have a minimum of thirty percent of all areas of the pre-salt layer. Many question the ability of Petrobras to perform in light of the biggest scandal in the country's history.

However, Henrique Fontana, member of the Brazilian parliament's upper house, was quoted by Sputnik Brazil as saying that the development of the pre-salt layer should be left in the hands of Petrobras, which he said will add significantly to Brazil's economic development.

He was echoed by Vice-president of Association of Petrobras Engineers Fernando Siqueira who told Sputnik that the issue pertains to the development model Brazil is due to choose. According to him, there will be no alternative to mineral resources in the next thirty years.

"On our coast we have a treasure the whole world eagerly looks upon. By voting against Petrobras' monopoly in developing the pre-salt layer, they can take away from Brazil the ability to use these resources in the name of the country's development," he said.

Brazilian MP Jose Carlos Alleluia, for his part, told Sputnik that the bill would give Petrobras time to recover from the financial crisis and the aftermath of its corruption scandal. According to him, Petrobras desperately needs more money to deal with investments.

"We should do our best to help Petrobras ride out of the current crisis because the situation is critical. Under the new bill, the company will preserve preferences, but it will not take part in mandatory investments if it does not want to," he said.

In May, Bloomberg reported that Brazil’s state-controlled Petrobras oil company had a net loss of 360 million dollars in the first quarter of 2016 and its sales fell 5 percent from a year ago, Bloomberg reports.

The corruption-plagued company has also been affected by Brazil's deep recession, as well as falling crude prices; these factors have all led to a rise of discontent with Brazil's currently-suspended President Dilma Roussef. Although the President herself was not implicated in the scandal, it has tarnished the careers of many of her fellow Worker's Party politicians.

The pre-salt layer is a geological formation on the continental shelve of Brazil. The oil and natural gas lie below an approximately 2,000-meter deep layer of salt, and drilling through the rock and salt to extract the pre-salt oil and gas is believed to be very expensive.