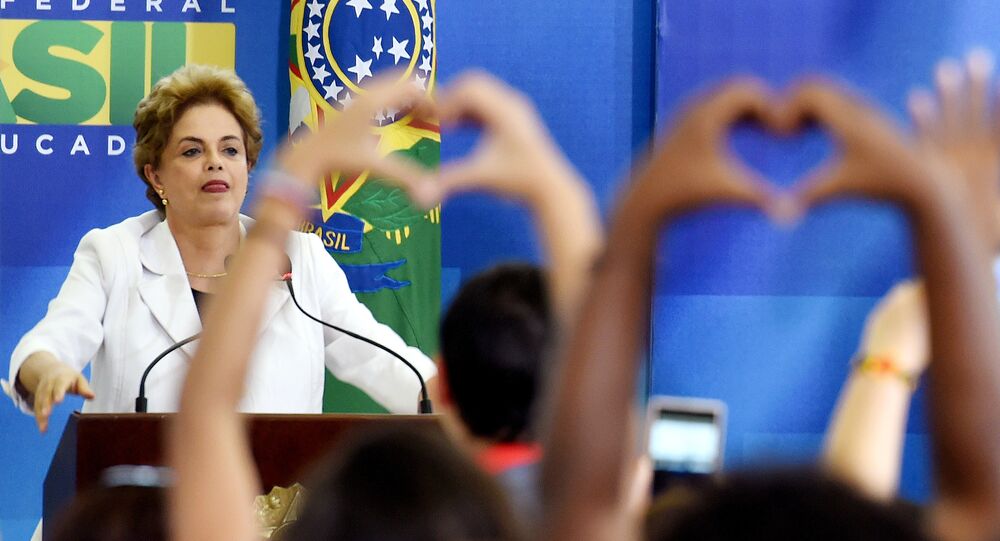 Known as the most crooked lawmaker in a country devastated by corruption, Eduardo Cunha’s offshore accounts to mask millions in illicit kickbacks has finally caught up with him.

Eduardo Cunha, the chief architect of the plot to impeach Brazil’s suspended President Dilma Rousseff, resigned as speaker of the lower house of Congress on Thursday amid a firestorm of controversy surrounding his own investigation for abuse of power and corruption as well as a string of revelations exposing his political party, the Brazilian Democratic Movement (PMDB), in a complex scheme to overthrow the elected leader to install Michel Temer as President – a coup.

Cunha had already been suspended as speaker in May by the Supreme Court, at the request of the attorney general, who accused him of obstructing justice and hiding millions of dollars in bribes in a dozen Swiss bank accounts. Cunha was also featured prominently in the Panama Papers for the use of offshore accounts to mask illicit profits.

The suspension of Cunha almost derailed the coup attempt against Dilma Rousseff entirely coming only days before the country’s senate was set to vote on whether to suspend the President for 180-days pending a final investigation and vote.

The acting lower house leader Waldir Maranhao moved to immediately annul an earlier vote by the lower house citing procedural irregularities although many in Brazil believe that Cunha bribed his fellow lawmakers to achieve the desired outcome.

Waldir Maranhao faced significant pressure from his political allies who called for his ouster if he impeded the impeachment proceedings and the leader of the country’s senate, Renan Calheiros, said that he did not accept Maranhao’s authority to annul the vote saying the impeachment vote would resume over his objections. The acting lower house leader quickly rescinded the bold overture for justice in light of this political reality.

Cunha has widely been called the Brazilian Frank Underwood, the character played by Kevin Spacey in the TV series "House of Cards," for his ability to whip up desired results through a series of questionable means and methods.

The notoriously corrupt lawmaker was much more subdued on Thursday as he announced his resignation, however, acknowledging that "only my resignation will put an end to the instability."

He also blamed the impeachment proceedings for his fate implying that he is less of a predatory "golpista" (leader of a coup) and instead the victim of political persecution.

"I am paying a high price for having started the impeachment process," said Cunha. "I have no doubt that the main reason for my removal lies in the conduction of this impeachment of the removed president."

"I will continue to defend my innocence and that I told the truth."

Cunha is alleged to have led the massive bribery scheme involving the state-run oil company Petrobras that unleashed a massive criminal probe implicating a majority of the country’s lawmakers known as the "Car Wash Investigation."

Dilma Rousseff to Host Resignation Referendum if She Remains in Office