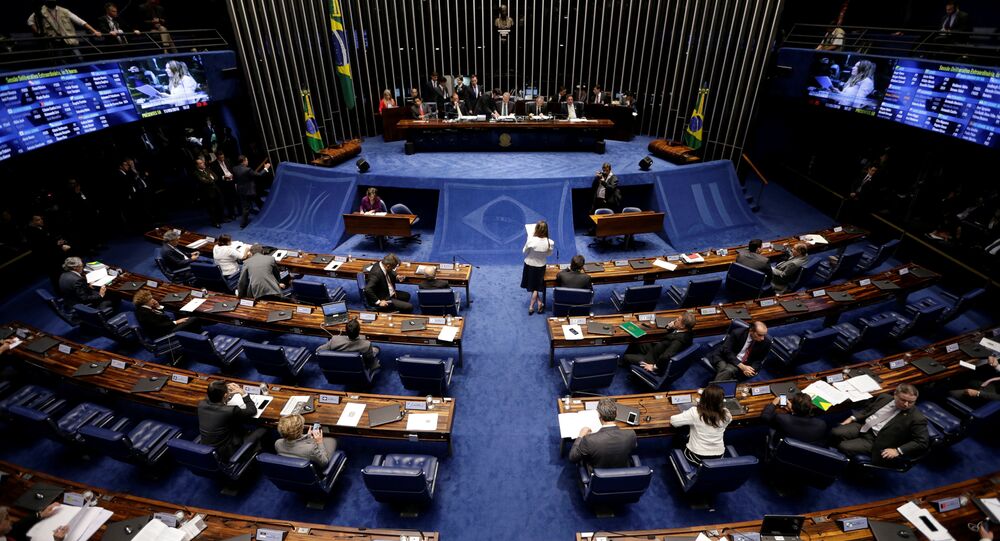 Brazilian Senate issued a report saying that there are no evidences of Dilma Rousseff involving in the country's budget manipulations, a Latin-American broadcaster reported.

MOSCOW (Sputnik) — TeleSUR said Monday that Senate's analysts prepared a report, showing that Roussef did not participate in the fiscal wrongdoing directly and could not bear personal responsibility.

© Sputnik / Iliya Pitalev
Brazil Opposition Has No Grasp on Importance of BRICS - Rouseff
The report, saying that there were no reasons to continue the impeachment process against Rousseff, should be analyzed by the Senate Impeachment Commission in a three-day period, the broadcaster added.

Despite the report, Brazilian lawmakers would gather to find out whether the impeachment should be confirmed on August 9, according to the media outlet.

Roussef has been suspended from office for 180 days, pending trial. Vice President Michel Temer is assuming presidency during that period.

Plagued in Corruption: Effects of the US Coup in Brazil