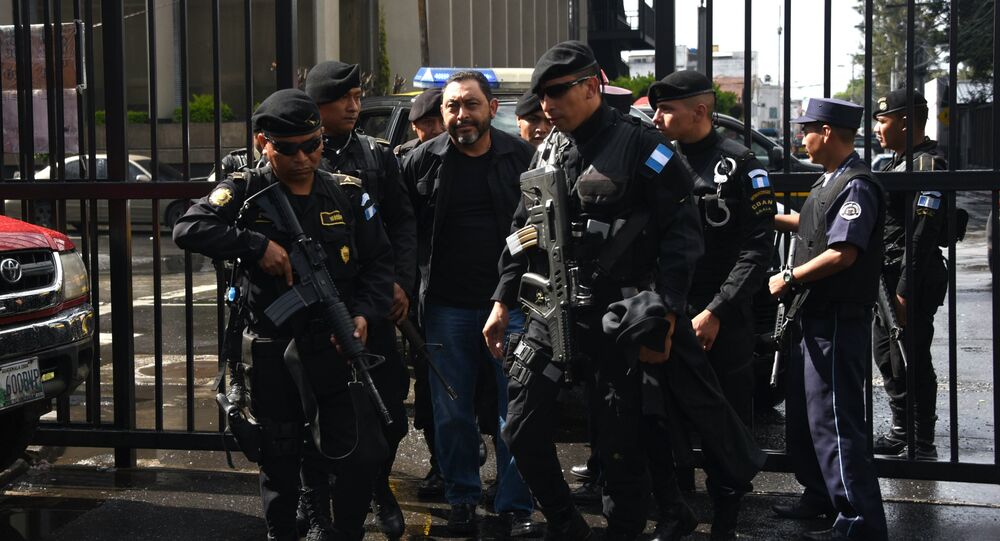 A former minister of the interior and a defense minister in Guatemala have been arrested and charged with corruption, the Spanish media reported Sunday.

On Saturday, Guatemalan Attorney General Thelma Aldana told reporters that Bonilla and Ambrosio, among other officials, were suspected of wasting state budget money on luxury gifts to the ex-president, including a boat, a beach house and a helicopter.

According to the newspaper El Mundo, the gifts were valued at about $5 million. The arrest warrants were also issued through Interpol against the country's former Minister of Communications Alejandro Sinibaldi and Minister of Energy and Mines Erick Archila, as both of them are outside Guatemala.

In September 2015, the Guatemalan Congress unanimously impeached Molina and stripped him of criminal immunity as he was accused of involvement in a corruption scheme related to the national customs agency. Molina has remained in police custody along with dozens of other officials.