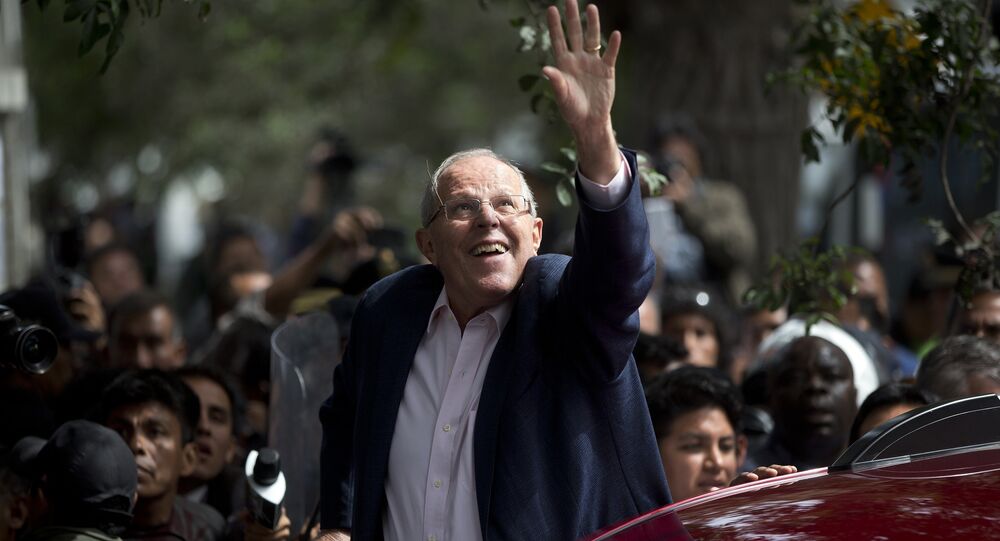 MOSCOW (Sputnik) — The South American nation went to the polls on Sunday to elect a new president who will replace left-wing Ollanta Humala.

The 77-year-old financier is running neck-and-neck with the 41-year-old Fujimori, the daughter of ex-President Alberto Fujimori who is in jail on charges of corruption and human rights crimes.

© REUTERS / Mariana Bazo
Peru's Keiko Fujimori Wins First Round of President Elections
The Ipsos pollster showed Kuczynski in the lead with 50.4 percent of votes against Fujimori’s 49.6 percent. A GFK poll gave him 51.2 percent of votes and 48.6 percent to his rival.

However, numbers unveiled by the CPI put Fujimori in the lead with 51.1 percent of votes, while Kuczynski polled 48.8 percent. All current results indicate a technical tie.

Peru's National Office of Electoral Processes (ONPE) underscored that all exit polls results were preliminary. It said the final result would be published later.

The run-off was called after the April 10’s vote failed to yield a definitive victor. Fujimori finished well ahead of her rival with almost 40 percent of votes, while Kuczynski shored up the support of slightly over 21 percent of the nation's 23 million eligible voters.

Peruvians to Vote in Presidential Run-Off on Sunday