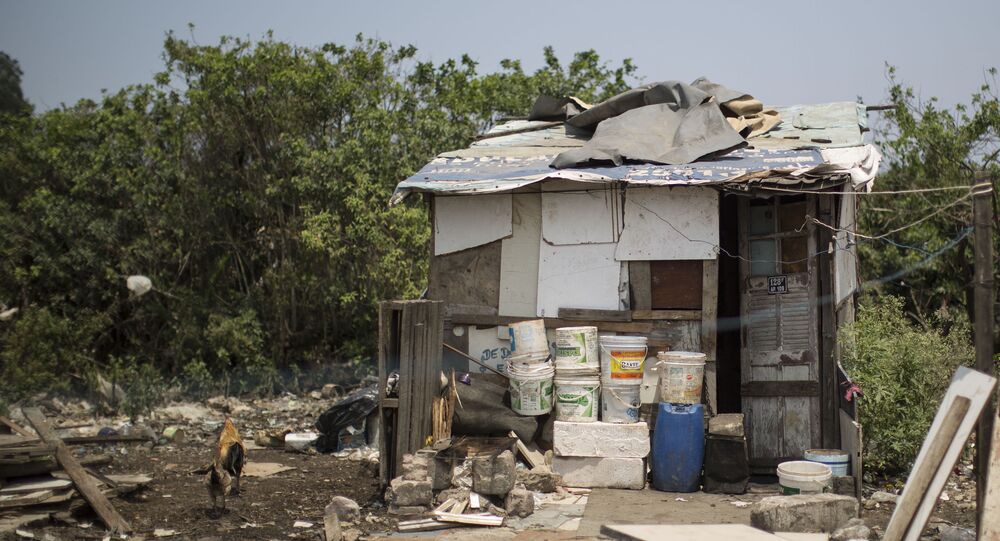 The incident, which took place on the outskirts of Rio de Janeiro last week, shocked the whole world. A 16-year-old girl was raped by 33 men who then posted her photos on Facebook and made offensive comments about the victim.

On the night of May 21 the girl had an argument with her boyfriend, who made her take in drugs then threw her out.

According to the testimony of the victim, she woke up to find she was being raped by some men in an unknown house. After the incident, she called the police and received the necessary medical care.

The most terrible revelation, however, came later, when she saw posts on Facebook, in which she identified herself in an unconscious state. Looking at the images and comments, the girl found out that she was raped by 33 men. The posts were published by the perpetrators and contained offensive comments of the rapists bragging about their "feat".

© Photo : Leonardo Veras
Protests Divide Brazilians: Pro and Anti-Government Rallies Shake Brazil
Police have identified some of the attackers, a few others are still wanted. The suspects included the girl's ex-boyfriend, Lucas Duarte dos Santos, who was already questioned but then released. On Monday morning, the police launched a new operation to search for the suspects.

Following the horrifying incident, Brazilians organized mass marches and initiated an online campaign against the "rape culture." Some of the protests coincided with the traditional parade of the LGBT community. For instance, the demonstration in São Paulo attracted a famous transsexual, Viviany Beleboni, known for her controversial action in 2015, when she "crucified" herself on a makeshift cross in the center of the city. She came to the demonstration against rape with a Bible.

Surprisingly, some people blamed the girl herself for the incident. One of them was police officer Alessandro Thiers who threatened the victim and tried to persuade her to change her testimony, the girl said.

The incident also gave rise to a wave of comments on social networking sites. For example, some social media users suggested organizing a 33-day long campaign (according to the number of aggressors) in support of women.

The feminist group Todas Fridas, for its turn, presented an infographic showing that the causes behind the rape in 100% of cases are not short skirts, alcohol or the improper behavior of a victim, but rapists themselves.

One man even wrote that he felt "ashamed to be a man" after he learned about the incident.

​Most popular hashtags on the issue are: #30Contra1 ("30 against one"), #EstuproNuncaMais ("Don't let them rape more") and #ACulpaNãoÉDela ("It's not her fault").