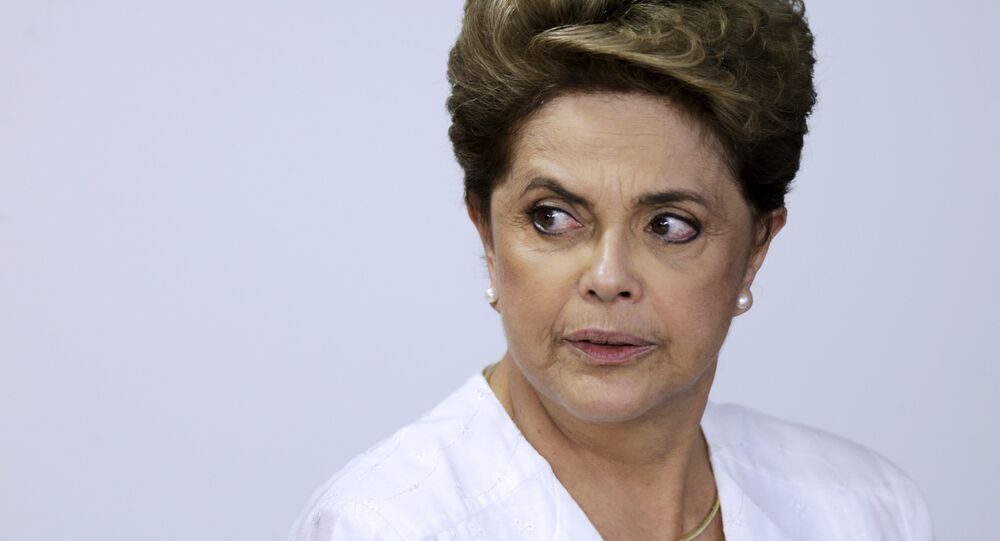 A wax museum in the state of Paraná in Brazil has removed a wax figure of the impeached Brazilian President, Dilma Rousseff, from their exposition.

© REUTERS / Ueslei Marcelino/File
Brazil's Suspended President Rousseff Sees Efforts to Impeach Her as a Coup
The wax museum called Dreamland in the city of Foz do Iguaçu, Paraná, has over 96 pieces of wax figures of Brazilian celebrities and foreign celebrities.

Recently, however, one figure was from the museum’s vast collection. The wax figure is of none other than the dismissed President Dilma Rousseff, the newspaper Folha de São Paulo reported.

However, the administration of the museum has said that the wax figure is under restoration and the fact that it was removed from the hall has nothing to do with the process of the president’s impeachment.

Nonetheless, the museum’s director Luiz Moreira did not specify the exact date the figure was removed. According to journalist Jaire Eduardo Fabrício Lemos, who happened to have visited the museum on April 23, said that tourists who visited the museum were surprised.

In the meantime, social networks had their own take on this situation with various comments pouring in with some stating that the tourists were mocking the president’s figure, which was the reason why it was removed.

“Visitors were getting photographed next to the figure of Dilma, showing middle finger and uploading such photos to their networks,” the journalist said.

However, the director of the museum denied such claims saying that, “Every 7-8 months wax figures need restoration, which is done in the city of Gramado, where there is another museum named Dreamland. The museum has nothing to do with politics,” the director said.

According to him, the wax figure of Dilma has been at the museum at Iguaçu Falls since October 2014, and there is no reason to remove it from there. He further said that other figures were also sent for restoration on the same day, among them the wax figure of Arnold Schwarzenegger.

The director of the museum did not say when the figure of Dilma will be exhibited in the museum once again.