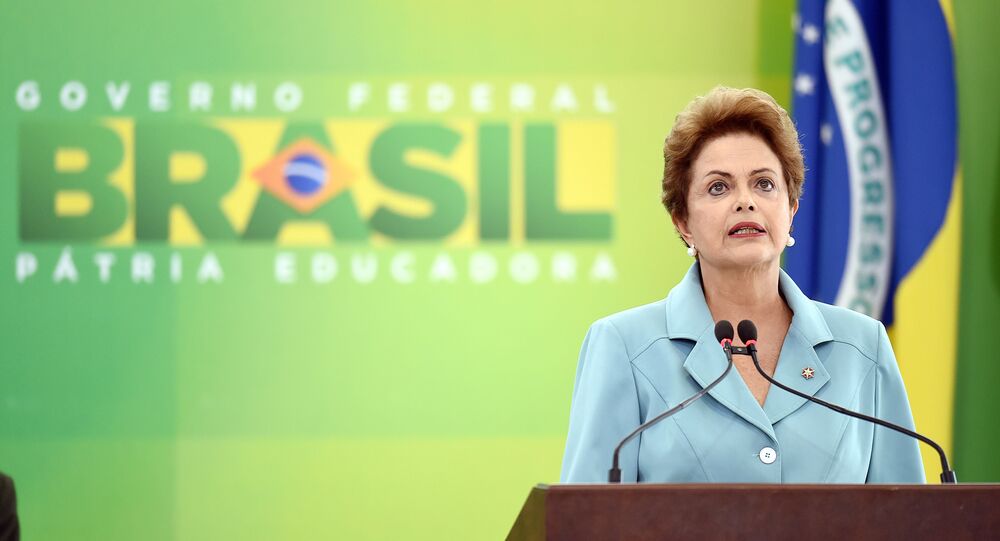 The impeachment proceedings against Brazilian President Dilma Rousseff, instigated by NSA surveillance and led by a corrupt legislator who bribed colleagues to vote against the country’s leader, faces a major setback.

UPDATE: The head of Brazil's Senate Renan Calheiros announced that Wednesday's impeachment vote against President Dilma Rousseff will proceed despite acting leader of the lower house Waldir Maranhao moving to annul the chamber's April 17 impeachment vote citing voting irregularities. An affirmative vote to impeach by the lower house is required before the Senate can consider the matter. The annulment by the lower house calls into question the constitutionality of the Senate's upcoming vote, but Calheiros argues that the lower chamber's vote could not be annulled once the issue was moved to the Senate.

Brazilian President Dilma Rousseff may have awaken Monday morning to an extended political life after the acting speaker of Brazil’s lower house of Congress annulled the impeachment process, ending what many consider to have been a coup attempt.

Just two days before the Senate was expected to vote on whether Rousseff should be suspended for 180-days pending an impeachment trial, Waldir Maranhao stated that there were procedural flaws in the April 17 lower chamber vote that had earlier advanced impeachment proceedings to the Senate.

The decision came after Brazil’s Supreme Court ordered the suspension of Eduardo Cunha, the former leader of the lower house, due to an ongoing corruption prosecution against the powerful legislator. Cunha is viewed by many as the country’s most corrupt politician, a man featured in the Panama Papers and traced to 23 offshore bank accounts in Switzerland used to mask bribes and kickbacks.

Brazilians believe Cunha bribed colleagues to vote in favor of impeaching Rousseff, and question the propriety of the impeachment proceedings. Notably, the impeachment proceedings began when the US National Security Agency (NSA) released documents to a minor member of the  Brazilian judiciary detailing ongoing surveillance of Rousseff, as well as the leading Workers Party, and the country’s oil company PetroBras.

The joint US-Brazilian oligarch coup theory holds weight, given American corporate interest in recent oil fields discovered by PetroBras, as well as Brazil’s reticence to open the country to deregulated trade, and Brasilia’s involvement in BRICS and other Latin American trade alliances that are viewed as a challenge to a Western hegemony.

Analysts viewed the impeachment effort as a boon to corporate interests against the will of the people, with unpopular Brazilian Vice President Michel Temer of the pro-business Brazilian Democratic Movement Party set to replace Rousseff.

Nonetheless, the effort to oust Brazilian President Rousseff in favor of a pro-business government willing to open up the country’s natural resources to private corporations all but ended on Monday.

Maranhao, the successor to Eduardo Cunha, broke with his center-right Progressive Party by annulling the former speaker’s vote and calling for a new vote. That vote not only delays proceedings but affirms popular opinion that the impeachment proceedings were purely politically motivated.

Following Maranhao’s announcement, Brazil’s stock market dipped nearly 3.5% before recovering in late-day trading, signaling to many that the impeachment effort has failed.