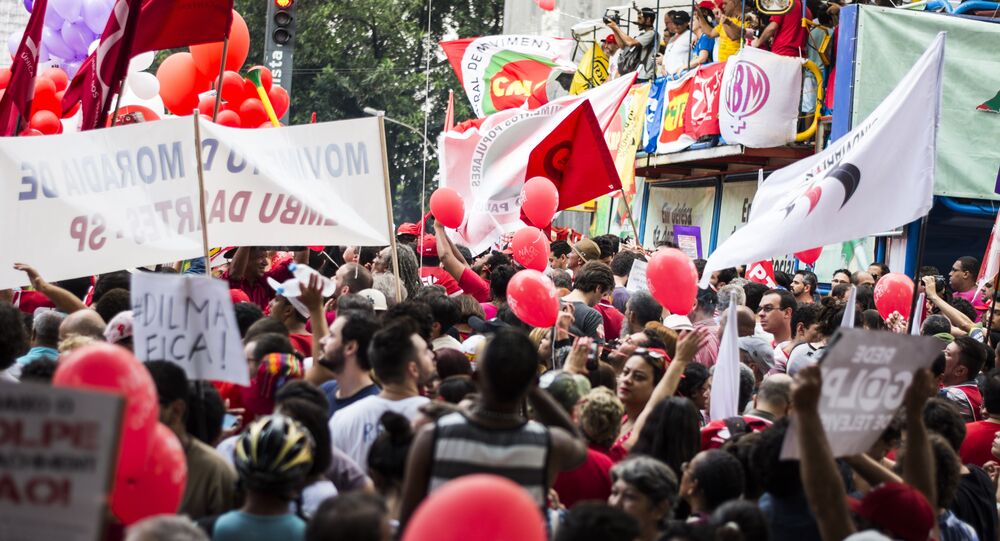 The lawmaker leading the charge against Brazilian President Dilma Rousseff was suspended by Brazil’s Supreme Court because of his own corruption charges.

On Friday, a special committee of the Brazilian Senate voted 15-5, recommending that President Dilma Rousseff face an impeachment trial for breaking budget laws. The vote advances the impeachment proceedings to a full vote by the Brazilian Senate on May 11, to determine whether to enact an impeachment trial. President Rousseff must garner at least 50% support in next Wednesday’s vote or she will be forced from office for 180 days.

The impeachment of Dilma Rousseff, championed by powerful opposition legislator Eduardo Cunha in the country’s lower-house of parliament, seemed all but certain 24 hours ago. Over two-thirds of the lower-house approved impeaching the Brazilian president for inflating economic reports and for a tenuous connection to the so-called Car Wash corruption investigation.

Earlier this week, the situation for Rousseff had further deteriorated, with Brazil’s chief prosecutor demanding an additional investigation into the president for obstructing the current investigation. The Car Wash investigation zeroed in on nationally-owned oil company Petrobras and leaders of Dilma Rousseff’s ruling Workers Party, including her mentor and former president Luiz Inacio Lula da Silva.

Rousseff’s political fortunes faltered after appointing da Silva as her chief of staff to shield him from a potential prison sentence for his involvement in the Car Wash scandal.

Popular opinion in Brazil reveals skepticism about the veracity of the impeachment proceedings and the allegations against da Silva after learning that the documents that triggered the investigation were provided to Brazil’s judiciary by the United States spy agency NSA, who accessed the information by illegally surveilling the Brazilian president, the Workers Party, and PetroBras.

Additionally, Brazilians consider the lead advocate for Rousseff’s impeachment proceedings, Eduardo Cunha, to be a notably corrupt politician. Cunha has been implicated in the recently-released Panama Papers, using offshore accounts to hide kickbacks and is also believed to have 23 additional offshore accounts in Switzerland.

Over the past 24 hours Cunha has been ordered to step down by Brazil’s Supreme Court as he is facing a criminal prosecution of his own, on allegations of corruption.

The possibility now exists that Brazil’s Supreme Court may move to nullify the earlier impeachment vote in the lower house, effectively terminating what some view as a coup d’état. The removal of Cunha provides new fodder for the Workers Party and Rousseff supporters that the impeachment is a political ploy.

​Will the coup against Dilma Rousseff succeed?

"There have been some positive developments recently, including the removal of Eduardo Cunha, the head of the lower-house of parliament," opened Fraga. "Brazilians from both the left and the right have been asking for him to be suspended because he is involved in many corruption cases and they have found 23 accounts traced to him in Switzerland – he is considered a toxic figure in Brazil."

Fraga explained that Cunha spearheaded the impeachment proceedings against Rousseff as a skilled political tactician, but is almost virtually viewed with a mixture of contempt and fear by colleagues. The ousting of Cunha serves both as a political boost and a potential escape for Rousseff, with Brazil’s Supreme Court expected to review the lower-house vote.

"A week ago people were counting the days [before Rousseff would be impeached], but now it is no longer certain, because the Supreme Court tribunal may step in and nullify the whole process now that Cunha has been suspended," explained Fraga.

Fraga ultimately believes that the proceedings will not be invalidated by Brazil’s Supreme Court, but notes that the latest scandal may dampen the spirits of Cunha and Michel Temer’s right-wing supporters, who now fear a growing public opposition to the proceedings.

"There is so much popular pressure, the social convulsion, people are threatening to invade the senate, the students have invaded the Sao Paolo chamber already, demanding for corruption investigations, so now there is fear that people will rush into the senate – there is a lot of pressure and a lot of fear," explained Fraga.

The journalist points to mounting anti-Workers Party rhetoric exploding from television-news outlets heavily aligned with right wing, pro-corporate interests. He referred to a characterization by acclaimed journalist Glenn Greenwald, that Brazil’s media outlets are more powerful than FoxNews, and even less reliable.

DARPA
'Like What You See?': DARPA to Use Museum Exhibit to Recruit Talent

Yet even the omnipresence of corporate media and the emboldening of the country’s right-wing elites, through US intervention, may fail to overcome the reality that those who accuse President Dilma Rousseff of malfeasance are themselves corrupt.

The senate vote on May 11 will decide whether to suspend Rousseff for 180 days and advance impeachment proceedings. The once-certain vote now expects to come down to a one or two vote margin.