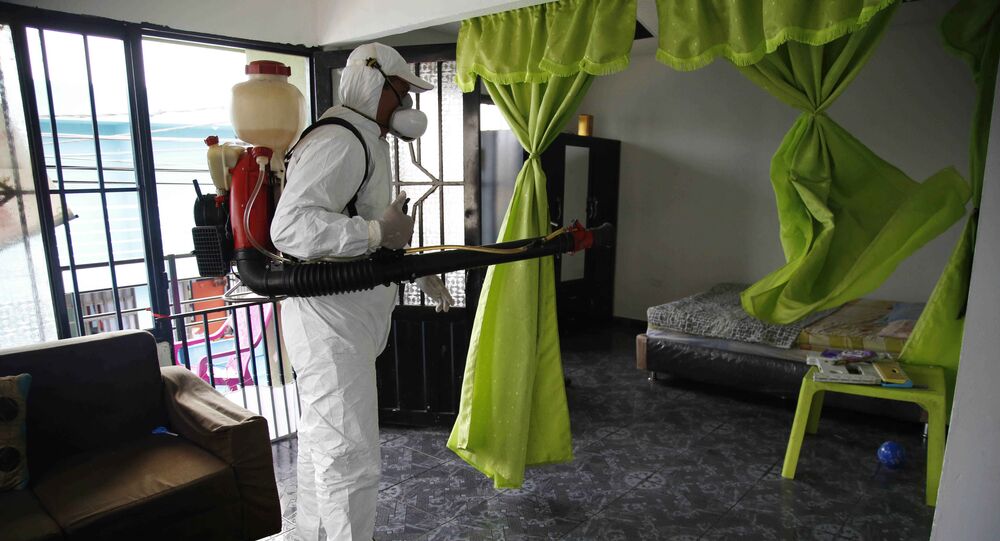 Puerto Rico has recorded 683 Zika virus cases since last November, including one death, the US Centers for Disease Control and Prevention (CDC) said in its weekly morbidity and mortality report released Friday.

MOSCOW (Sputnik) — Of those 683 cases, one led to the death of the patient from complications related to severe thrombocytopenia, a condition that slows blood clotting.

"During November 1, 2015 – April 14, 2016, specimens from 6,157 suspected arbovirus-infected patients were evaluated and 683 (11%) were either laboratory-confirmed or presumptive positive for Zika," the report read.

In December 2015, Puerto Rico became the first US territory to report local transmission of Zika virus, which has been associated with several health conditions, like a temporary paralysis known as Guillain-Barre syndrome.

Zika Virus Spreads to Over 60 Nations, Territories - WHO