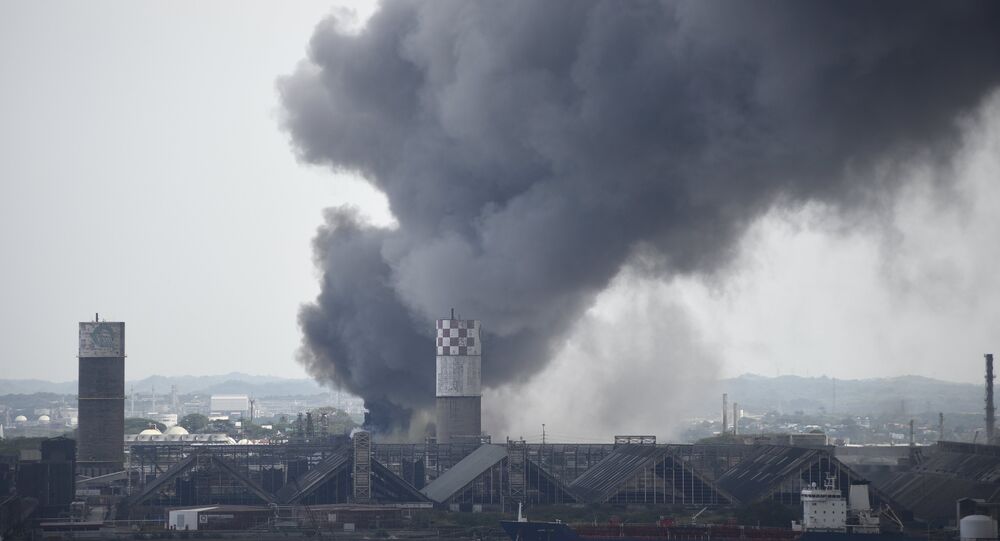 The death toll from an explosion Pemex oil plant in the southern state of Veracruz reportedly has gone up to 27.

© REUTERS / Angel Hernandez
At Least 3 Dead, Over 130 Injured in Pemex Oil Plant Explosion in Mexico
MEXICO CITY (Sputnik) – The death toll from an explosion at Mexico’s state-owned Petroleos Mexicanos (Pemex) oil plant in the southern state of Veracruz has gone up to 27 after the discovery of three more bodies by rescue crews, Diario de Mexico reports.

On Friday, Pemex said that the death toll stood at 24, while 19 people remained hospitalized, including 13 in critical condition.

According to Pemex, the explosion at its oil facility in Coatzacoalcos, in the state of Veracruz, occurred at 15:15 local time (20:15 GMT) on Wednesday. The oil plant is operated by the Mexichem petrochemical company and is jointly owned with Pemex.

The cause of the explosion is under investigation.

In February, a fire broke out on a Pemex offshore oil platform in the Gulf of Mexico, injuring several workers and leading to the death of two people. In April 2015, four people died and over a dozen were injured after a fire on the same oil rig.

Death Toll From Oil Plant Explosion in Mexico Rises to 24