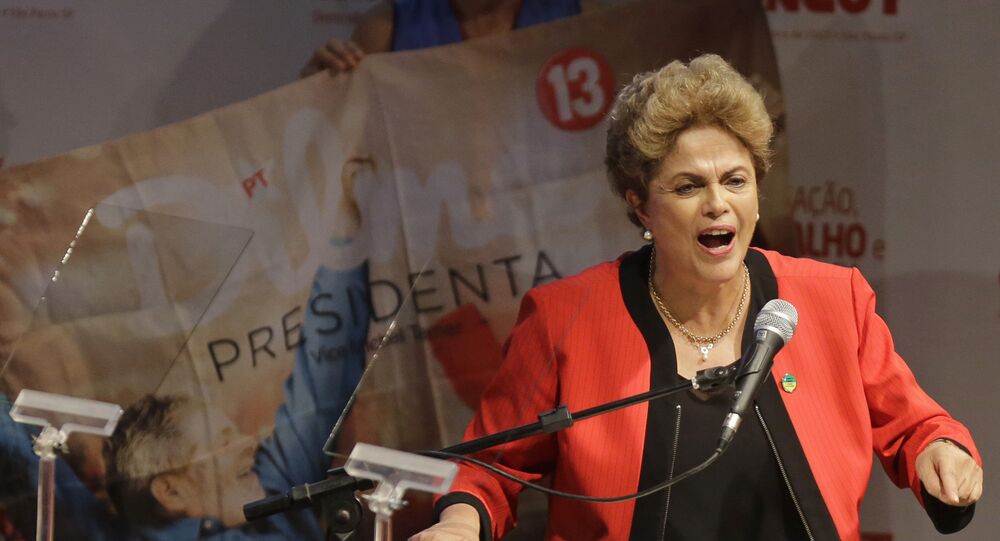 The recommendation of a committee of Brazil's lower house to impeach President Dilma Rousseff does not prove her criminal responsibility, but is a part of a coup plot, with the situation affecting democracy in the whole continent, leader of the Communist Party of Uruguay Eduardo Lorier told Sputnik.

MONTEVIDEO (Sputnik) — On Monday, Brazil's lower house committee, tasked with evaluating a report recommending that Rousseff be put on impeachment trial in the country's upper house, voted in favor of the move.

"There is a coup plot," Lorier said, adding that the situation "affects democracy in all of Latin America."

© AP Photo / Andre Penner
Campaign to Impeach Rousseff 'Congressional Coup' - Bolivian Lawmaker
According to Lorier, the commission report "does not prove at any time any crime committed by the president," who was accused of violating tax rules by transferring government funds to social programs before his reelection campaign in 2014.

"There is an element that those who support the ‘impeachment’ perhaps do not take into the account, and it is the popular mobilization against the coup which influences the whole mood of Brazil," the politician stressed.

Moscow Hopes Possible Rousseff Impeachment to Be in Line With Constitution