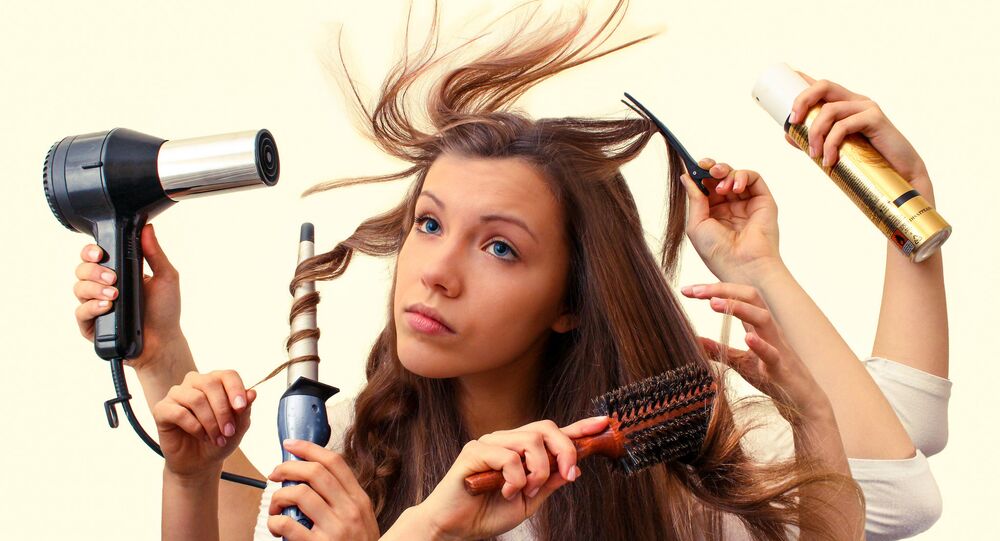 Don't Dry for Me, Venezuela: Just Say No to Hair Dryers!

Venezuelan President Maduro has called on his countrymen to give up home electric appliances which consume a lot of energy, such as air conditioners and hairdryers, in a bid to save electricity as a prolonged drought pushes water levels to a critical threshold at hydroelectric power plants.

Venezuela is trying to cope with the drought caused by the weather phenomenon El Niño.

President Maduro has called on all his countrymen to participate in his 60-day plan to save electricity, which will ease the burden on the country’s hydro-electric power plants.

"This plan for 60 days, for two months, will allow the country to get through the most difficult, most risky period," he said in a television appearance early on Thursday.

"I call on families, on the youth, to join this plan with discipline, with conscience and extreme collaboration to confront this extreme situation," he added, referring to the drought, which has been attributed to the El Nino weather system.

The president has advised Venezuelans to set the minimum temperature on air conditioners not below 23°C and give up using hairdryers for the next 60 days.

“I am sure that a woman looks more beautiful when she does her hair just with her fingers and then lets it dry naturally. This is what I suggest to the women,” the president said in a bid to encourage Venezuelan women to refrain from using hairdryers.

In an additional effort, the Venezuelan leader has declared Fridays non-working days in the months of April and May, adding that the measures would include asking large users such as shopping malls and hotels to generate their own electricity for nine hours a day.

Heavy industries operating in the country will be asked to cut consumption by 20 percent.

The announcement comes after the president shut down the country for a week over the Easter holiday last month, giving workers three additional days off. Maduro said those efforts saved almost 22 centimeters of water at Guri Dam in the southern state of Bolivar, which supplies as much as 75 percent of the electricity consumed in the capital, Caracas.

If water levels at the dam fall below 240 meters above sea level, the government may have to shut down the plant to avoid damaging its turbines — a move that would inevitably lead to increased rationing. The level is currently around 243 meters, Maduro said.

With or without the use of air conditioners and hairdryers, according to the data of the Regional Energy Integration Commission (CIER), Venezuela boasts the highest level of electricity consumption per capita in South America.

© REUTERS / Victor Ruiz Garcia/Files
Venezuela to Come Up With New Proposals on Stabilizing Oil Price
Currently, Venezuela generates three-fourths of its power from hydroelectric plants on its rivers, with 44 percent of it coming from one of the largest hydroelectric power plants in the world, the Guri Dam. The country is responsible for 2.2 percent of hydroelectric power generation worldwide.
Many economists admit that high consumption is encouraged by government energy subsidies, which reduce energy costs for the country’s population.

The chairman of the National Alliance of Users and Consumers (Anauco), Roberto León Parisil, have commented to Sputnik Brazil on the issue, saying that the problem isn't due to the high consumption.

“Our industrial potential is very high not only in terms of hydroelectricity, but also in terms of thermoelectric energy due to our privileged geographic location and vast oil reserves,” he said.

“The problem lies not in the high energy consumption, but in the lack of technical support and investments into the energy sector and energy distribution,” Parisil stated.