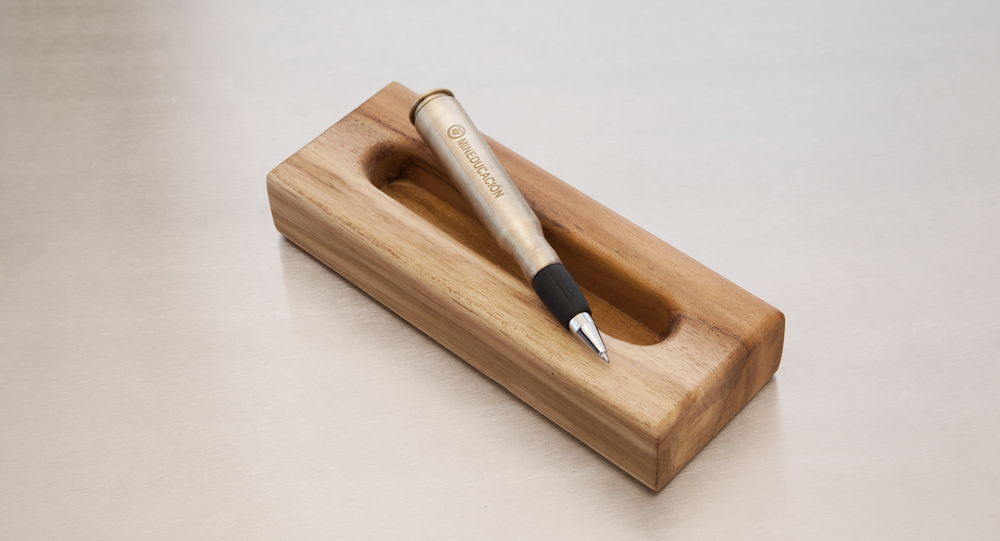 Curious Invention: Colombia May Sign Peace Accord With Pen Made From Bullet

A peace agreement is planned to be signed between the government of Colombia and the Revolutionary Armed Forces of Colombia (FARC).

The catch, however, is that the signing is planned to be done using a pen made from used cartridges, the Ministry of Education of Colombia has reported.

“The pen is a symbol of change and transition which Colombia will go through in the near future. It will be a country where bullets will be in the past and education will be the present and the future,” the ministry told Sputnik in an interview.

The government has already approved the curious invention seeing that after 50 years of armed conflict in the country, investment in education has finally exceeded investment in the defense sector.

According to the official figures, the budget for education (in the period 2014-2018) amounted to 43 billion dollars, while for the defense sector 29.4 billion has been allocated.

At present, these pens are not commercially available and they are released in a limited quantity. President Juan Manuel Santos gives these pens to outstanding personalities, academics and foreign guests.

To create these pens the military industry of Colombia (Indumil) allocated to the Ministry of Culture 500 used cartridges which were peeled from the gunpowder residue.

Football Association to Use Video Technology at England Friendlies