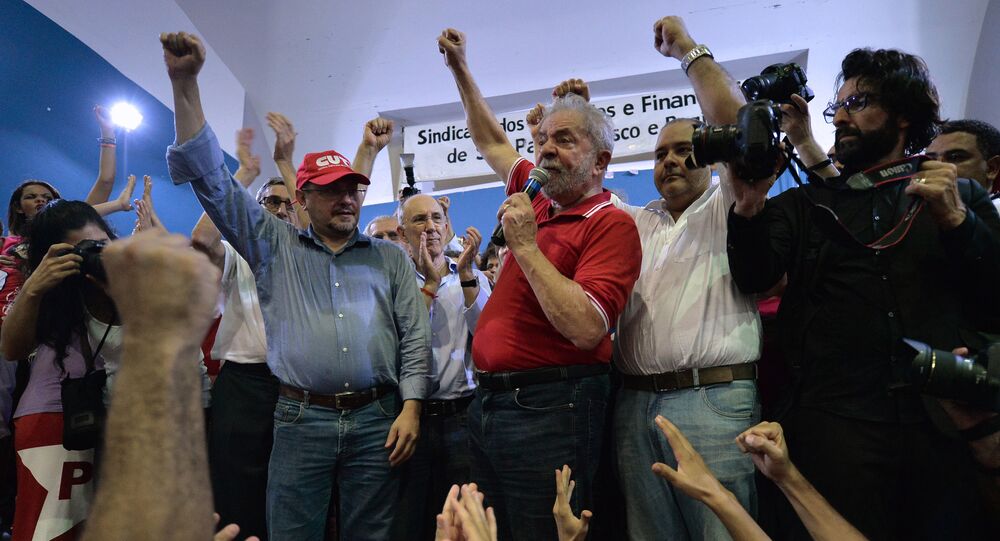 Former President of Brazil Luiz Inacio Lula da Silva has said his recent detention and subsequent interrogation over alleged involvement in criminal activity were unnecessary measures, as he "fears nothing," media reported.

© AFP 2020 / NELSON ALMEIDA
Brazil Prosecutor Has Evidence of Ex-President Lula's Criminal Activity
MOSCOW(Sputnik) – On Friday, police raided Lula’s house and took him in for questioning as part of a huge graft probe into the activities of the national oil company Petrobras. Later that day, Brazilian President Dilma Rousseff convened an emergency meeting of the Cabinet ministers following the detention and interrogation of her predecessor.

"If they wanted to hear from me, they only had to call and I would have gone, because I owe nothing to anyone and fear nothing," Lula said after the interrogation, quoted by BBC.

Lula, who was in power from 2003 to 2010, is said to have benefited from the kick-back scheme, which helped the ex-president become the owner of luxurious real estate objects.

Brazil-based Petrobras company was involved in a corruption scandal last year, after it was revealed that several functionaries signed contracts and received for that a 3-percent commission of the contract amount. These funds were further used to bribe politicians and officials. According to the Brazilian authorities, overpricing and bribery brought to the masterminds about $3.8 billion.