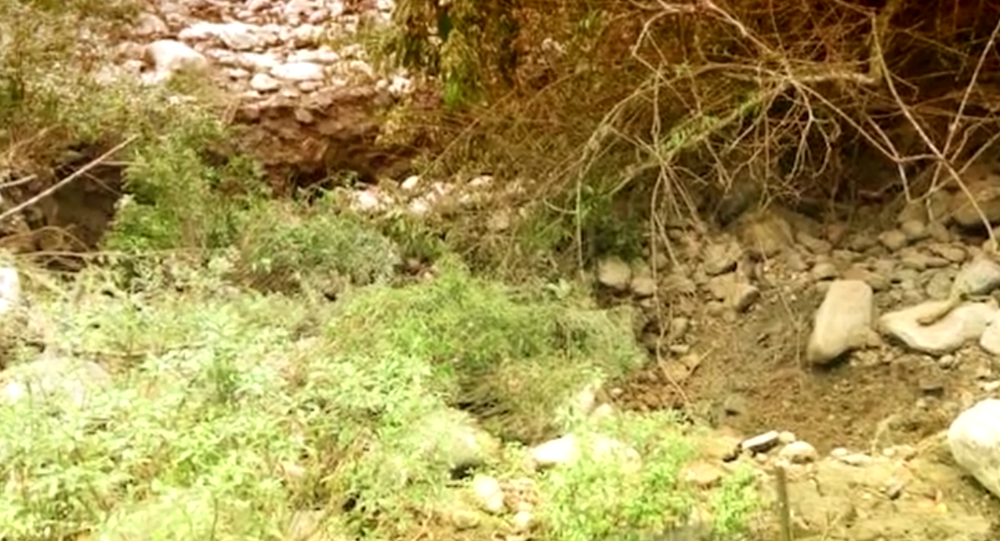 Into the Hole: River Dries Up Overnight in Mexico

The Atoyac River, which crosses eight municipalities in the central mountainous area of eastern Mexican state of Veracruz, disappeared overnight after a giant crack opened up.

“On Monday we saw that the water had disappeared and went to see what was happening. When we reached the riverbank we saw a large hole there that was blocking the river,” Juana Sánchez, a woman who lives nearby, told the Spanish news agency EFE.

The provincial authorities said that the hole was 30 meters long and 20 meters wide.

“These cracks appear deep inside the Earth’s crust and keep getting wider and wider,” the local environmental services said in a report.

​The hole in the ground that crosses the riverbed appeared three kilometers away from the estuary of the Atoyak River, which is the source of the fresh water supply for over 10,000 families and sugar industries in the region.

“Trying to find out what happened we moved downstream and found a huge hole the water was falling into,” Juana Sánchez  said.
Agustin Mollinedo, a membner of the Atoyak Municipality, called on the people to make every effort to save the river.

​The Atoyac flows into the Rio Verde which empties into the Pacific near Laguna Chacahua, in Lagunas de Chacahua National park, 90 kilometers west of Puerto Escondido.

Mystery of Nature: River of Hail in the Middle of Arabian Desert