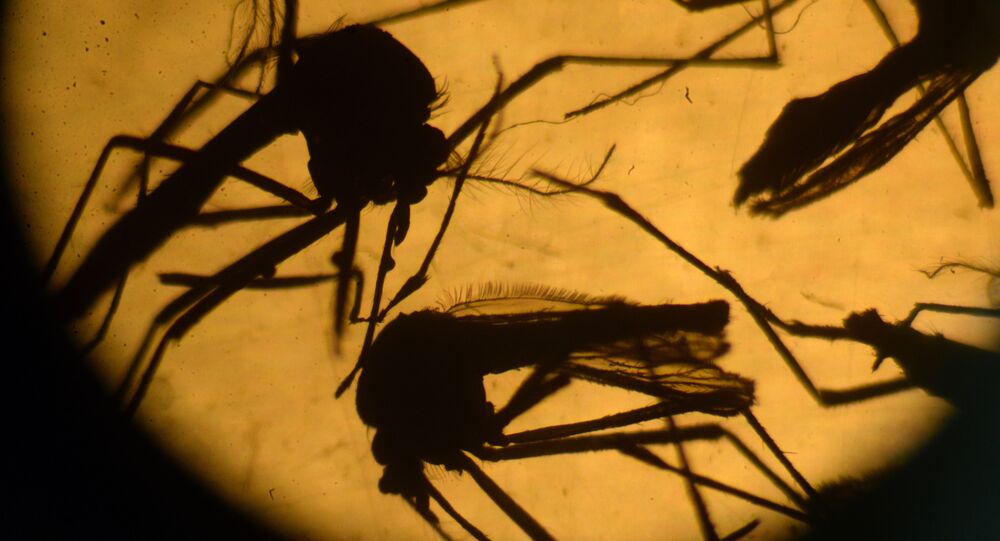 Zika-Affected Microcephaly Cases in Brazil Grow by 10% in Week

The number of microcephaly cases linked to pregnant mothers infected by the Zika virus has grown from 583 to 641 over the past week in Brazil, the country’s Ministry of Health said Tuesday.

A total of 139 newborns and miscarried fetuses have died from microcephaly in Brazil so far.

The country accounts for most of the world’s Zika cases amid a global outbreak. Over 80 percent of its cases are registered in eastern Brazil.

© REUTERS / Ivan Alvarado
Russia to Use Zika Testing System at 2016 Summer Olympics - Watchdog
The virus is spread by the Aedes mosquito, which is common in tropical areas of the Americas. Zika poses little threat to the general population, although evidence suggests men can transmit the virus to sexual partners after long exposure and long after any symptoms disappear.

Another study provided evidence that the virus may cause the Guillain-Barre syndrome, affecting the immune and nervous systems that cause non-trauma related paralysis.