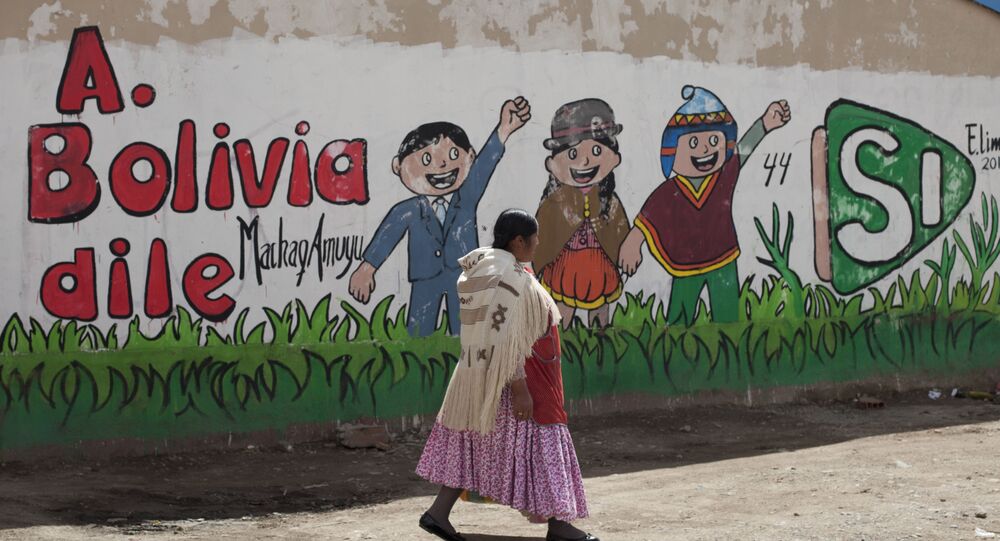 A referendum on costitutional amendment, that could allow President Evo Morales seek his fourth term in office in 2019, is underway.

MEXICO CITY (Sputnik) – A referendum to allow President Evo Morales seek his fourth term in office in 2019 is underway in the landlocked South American republic of Bolivia on Sunday.

All of the estimated 6.5 million eligible voters are required to turn up for the vote, with no-shows subject to a $238 fine, according to the Latin American Telesur broadcaster.

The country’s constitutional court ruled in 2013 to allow Morales run for his third stretch, despite a two-term limit established in the Bolivian Constitution.

© AP Photo / Arnulfo Franco
Bolivia to Vote on Constitutional Amendment Due to President's Plans on Re-Election
A number of civil society groups called for Morales’ re-election, while critics decried the court’s decision as inadmissible.

According to recent opinion polls, the number of those who support constitutional reform to abolish presidential term limits is almost equal to those against amendments at around 40 percent.

Morales, the country's first indigenous leader, has served as the President of Bolivia since January 2006.

Bolivia to Vote on Constitutional Amendment