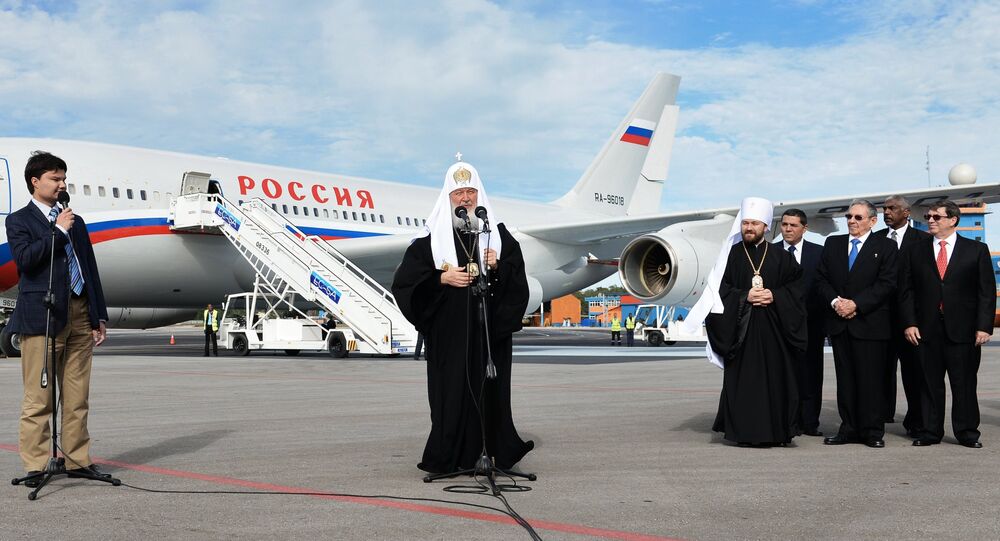 Patriarch Kirill of Moscow and All Russia arrived in Paraguay on Monday, where he would stay for three days, a RIA Novosti correspondent reported.

ASUNCION (Sputnik) — The visit of the Russian Orthodox Church head to Latin America began on February 11 and will last until February 22. The Paraguayan capital, Asuncion, is home to many Russian compatriots, predominantly the descendants of the officers of the tsarist army, who massively immigrated to Paraguay after the revolution of 1917 and the subsequent civil war in Russia.

© AFP 2020 / GREGORIO BORGIA / POOL
Pope-Patriarch Talks Underline Efforts to End Genocide of Christians- Russian Church
On Monday morning, Patriarch Kirill will serve the Divine Liturgy at the Holy Virgin Protection Church in Asuncion. During the visit, he will also attend the Russian section of the city cemetery, where he will hold a memorial service, meet with compatriots and Paraguay’s President Horacio Manuel Cartes Jara.

The program of the patriarch's Latin American trip includes a visit to Cuba, Paraguay and Brazil. On Friday, Patriarch Kirill and Pope Francis held a historic meeting in Havana. The Patriarch also met with the Cuban leaders, Raul and Fidel Castro.