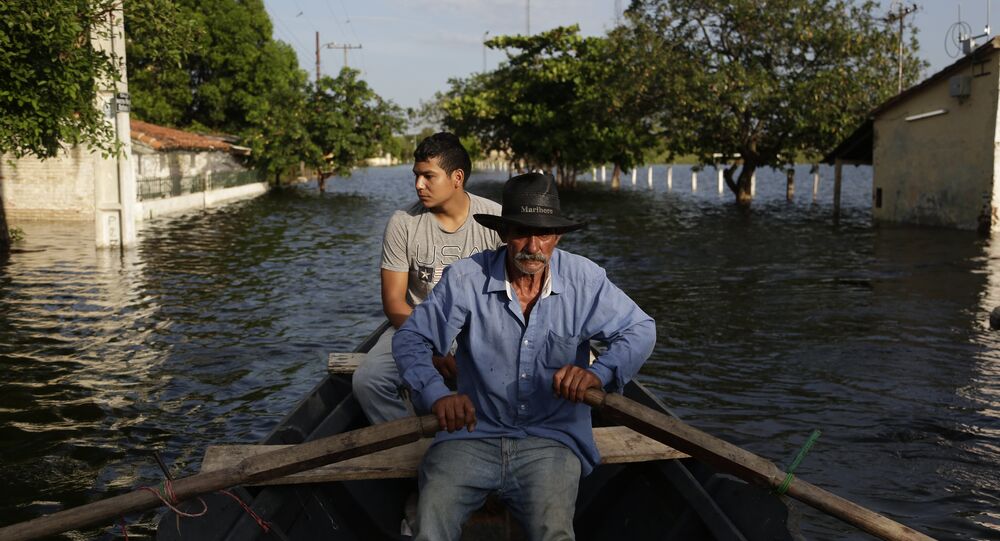 Some 100,000 people have been evacuated in Paraguay and Uruguay amid flooding, the countries’ emergencies authorities report.

MEXICO CITY (Sputnik) – In Paraguay’s capital Asuncion alone, over 72,000 were evacuated this week, the National Emergency Secretariat said as cited by HispanTV on Wednesday.

In Uruguay, nearly 1,100 have been affected by the floods, according to the National Emergency System.

Forecasters say the region could suffer one of the biggest floods in 60 years, according to local media.

In June 2014, around 75,000 people were evacuated in Asuncion amid extensive flooding caused by torrential rains.