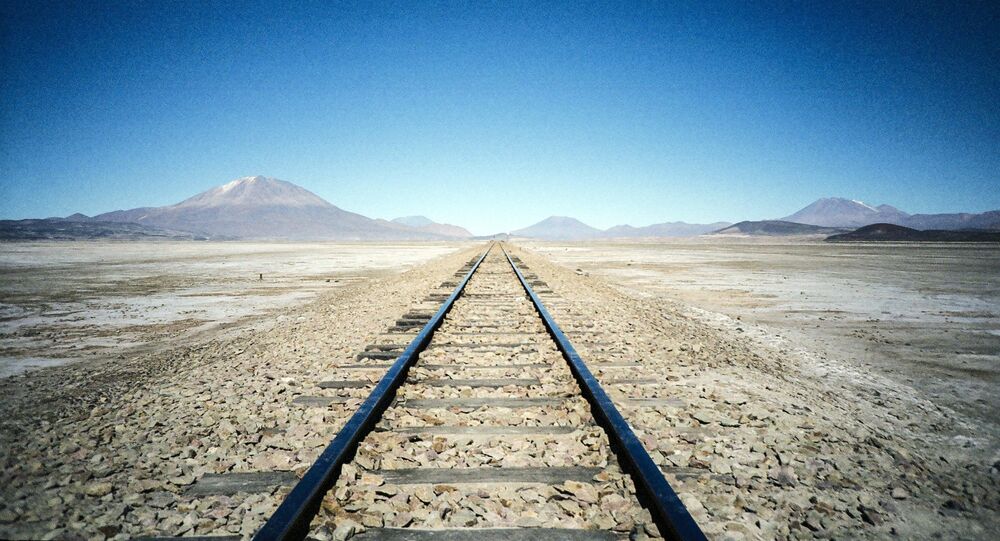 A special commission will arrive in Bolivia from Germany in January 2016 to assess the construction of a railway through Bolivian territory.

MEXICO CITY, November 12 (Sputnik) — Germany is interested in participating in the construction of a railway between the Atlantic and Pacific oceans through South America, Bolivian President Evo Morales announced.

"Europeans believe that the shortest and cheapest route is from the port of Santos [in Brazil] to the port of Ilo [in Peru], and we posses advanced research regarding this issue," Morales said at a press conference following a visit to Europe, cited by the ABI news portal on Wednesday.

© RIA Novosti . Sergey Subbotin
Bolivia to Build $300Mln Nuclear Research Center Using Russian Technology
According to Morales, a special commission will arrive in Bolivia from Germany in January 2016 to assess the construction of a railway through Bolivian territory, media reported. German Chancellor Angela Merkel provided the initiative for his visit, Morales added.

Morales stated that Germany is ready to produce the transit infrastructure in Bolivia to aid the project's local economic benefits, according to the media.

In late 2013 Morales voiced a similar proposal for a railway project to the Peruvian port, with China as the main partner. The project had been estimated at $10-13 billion.