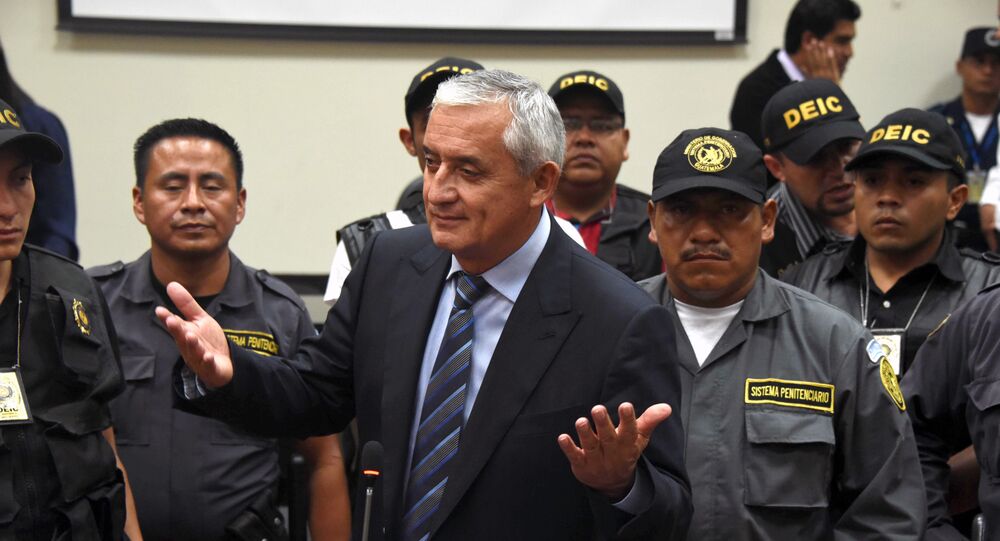 US Responsible of Interfering in Guatemalan Internal Affairs - Ex-President

Acording to Guatemalan former president, the US are responsible for violence and instability in the counry.

"They are using [drugs] in the United States and instead of aiming to reduce the consumption, they are fighting in our countries <…> Death, violence and instability in our country are because of dollars and weapons from the United States," Perez Molina said in an exclusive interview with RT television channel.

© REUTERS / Jorge Dan Lopez
US Welcomes Resignation of Guatemalan President - White House
The former Guatemalan president added that Washington was using the International Commission against Impunity in Guatemala (CICIG) as an instrument in meddling with Guatemala’s internal affairs.