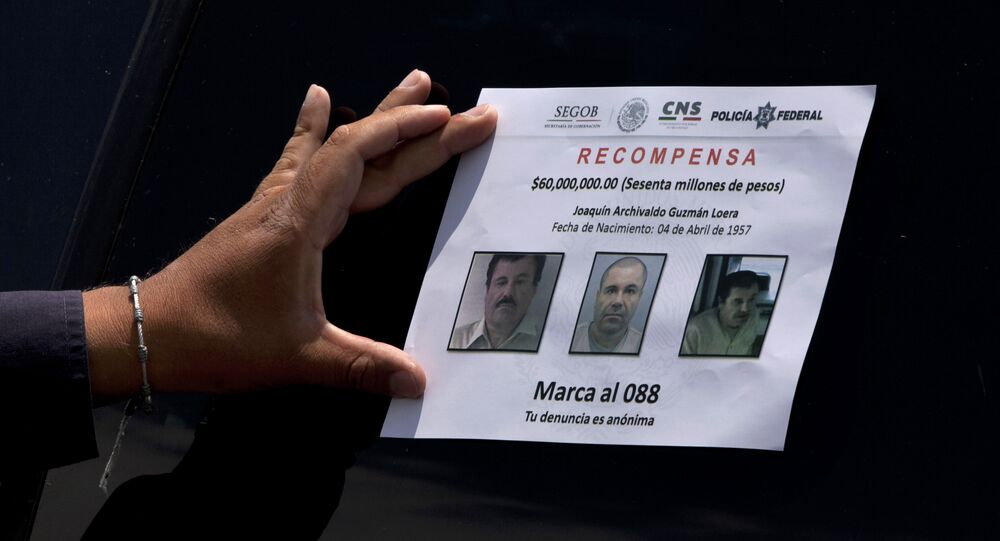 According to media reports, six people alleged to have helped Sinaloa drug cartel boss Joaquin "El Chapo" Guzman break out of prison in July have been captured in Mexico.

"Today we are able to affirm that the group responsible for planning, organizing and carrying out the escape from outside the prison has been broken up," Attorney General Arely Gomez said, as cited by the media.

The suspects include a man considered to be the mastermind behind the escape, Guzman's brother-in-law and a member of his legal team, who had access to the prison, the media added.

About 23 prison officials and employees have also been arrested under suspicion of involvement in the case and some face criminal charges, according to the media.

Guzman was arrested in 2014 after charges were officially brought against him, and was locked in Altiplano prison near Mexico City. The drug smuggler escaped July 11, 2015, after a tunnel was dug under his cell.

US Imposes Sanctions on 5 Colombian Drug Traffickers Tied to Cartels