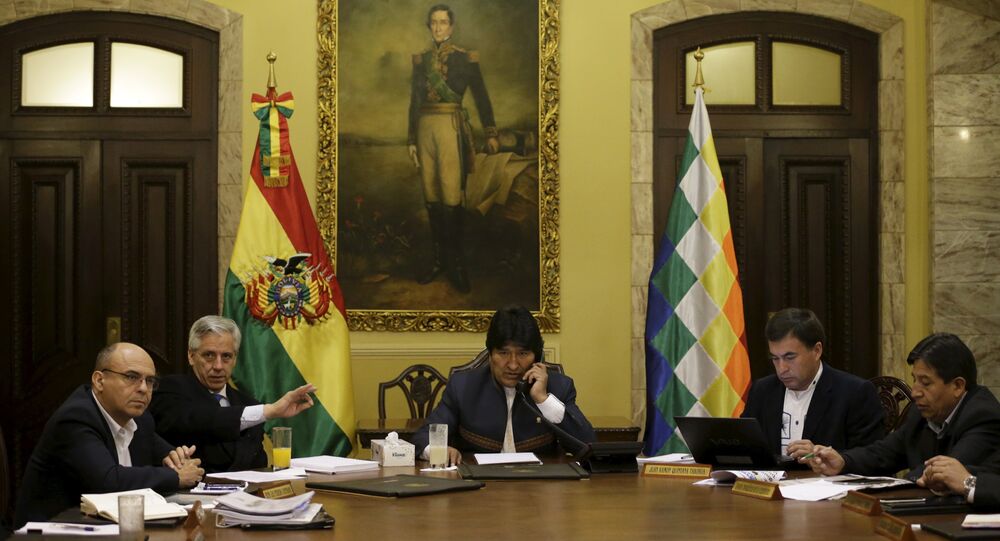 The Bolivian government believes that dialogue with Chile is the best way to settle a Pacific Ocean access dispute, the Bolivian delegate to the International Court of Justice (ICJ) told Sputnik.

© AFP 2021 / AIZAR RALDES
Bolivian Defense Minister Fired Over Slogan During Aid Delivery to Chile
LA PAZ (Sputnik) — After the Chilean-Bolivian war in the late 19th century, Bolivia lost access to the Pacific Ocean, although the country still has Naval Force, including a marine infantry unit. In 2013, Bolivia filed a lawsuit with the ICJ in The Hague, asking the court to bring Chile to the negotiating table for Bolivian access to the Pacific.

"Bolivia could not now claim the invalidity [of Chilean rights on 240 miles of coastal territories in question] and recover the lost territories, legally it is almost impossible, so the path the country has chosen is the negotiation process," Eduardo Rodriguez said.

On Thursday, the ICJ dismissed a Chilean claim that the court had no jurisdiction in the issue, ensuring that the case will be heard.

Rodriguez, who served as the Bolivian president in 2005 and 2006 added that the country sought "a balanced, mutually convenient dialogue that can lead to a final solution."

Court proceedings are expected to take at least 1.5-2 years.

Bolivia to sue Chile in The Hague over access to sea