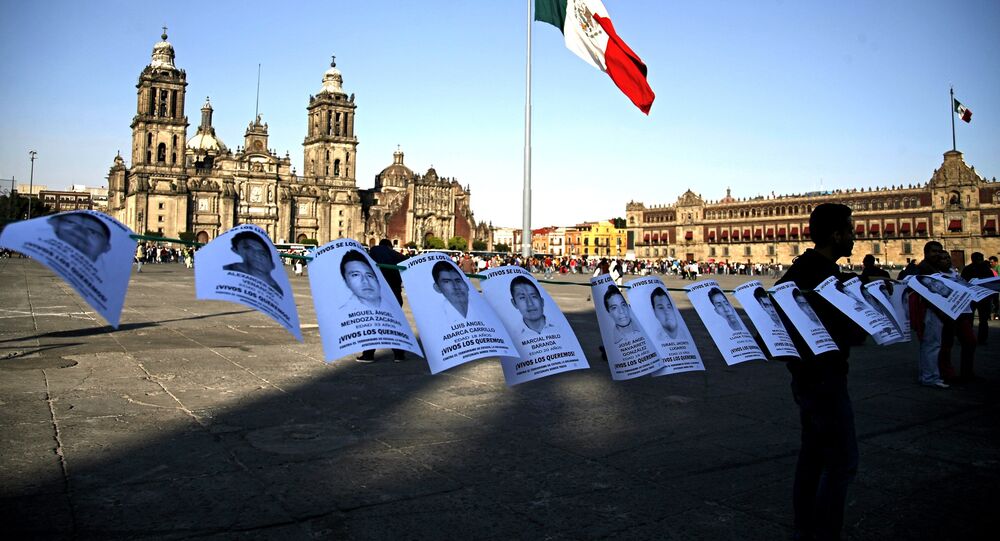 Mexican police arrested a drug lord allegedly involved in the death of 43 students in 2014.

On September 26, 2014, 43 male students from a teacher college went missing in the Mexican southwestern city of Iguala, State of Guerrero, after protesting discriminatory hiring and funding practices in the city. The students were last seen being forced into police vans after the officers opened fire, killing six.

© East News / AP
Former Mexican Mayor Charged With Abduction of 43 Missing Students
Astudillo Gildardo Lopez was arrested on Wednesday, some 20 miles from the city where the students had disappeared, Renato Sales, the National Security Commissioner, announced Thursday as quoted by the Semana newspaper.

Lopez is a key figure in a local influential drug gang, to which, according to government investigators, the students were handed over by the police.

Additional evidence, provided by independent experts, allows that local police and army were complicit in the kidnappings. The victims' families and teachers' unions claimed the government was quick to shift the blame to criminal gangs.

Search for Missing Students in Mexico Suspended, Protests Going On

Gang Member Reportedly Arrested Over Disappearance of Students in Mexico