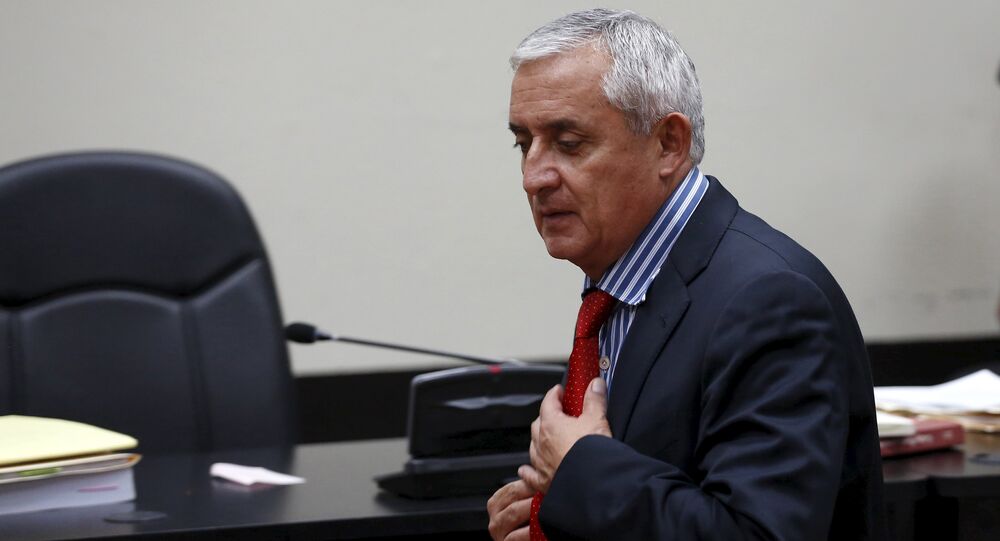 © REUTERS / Jorge Dan Lopez
Guatemalan Ex-President Accuses US of Orchestrating Corruption Scandal
The court ruled to freeze five accounts in national currency with over 5.2 million quetzal (about $662,000) and a separate dollar account with $22,700, the Guatemalan Prensa Libre newspaper said.

Perez has denied his involvement in the scandal, saying he would never exchange dignity for any quantity of money.