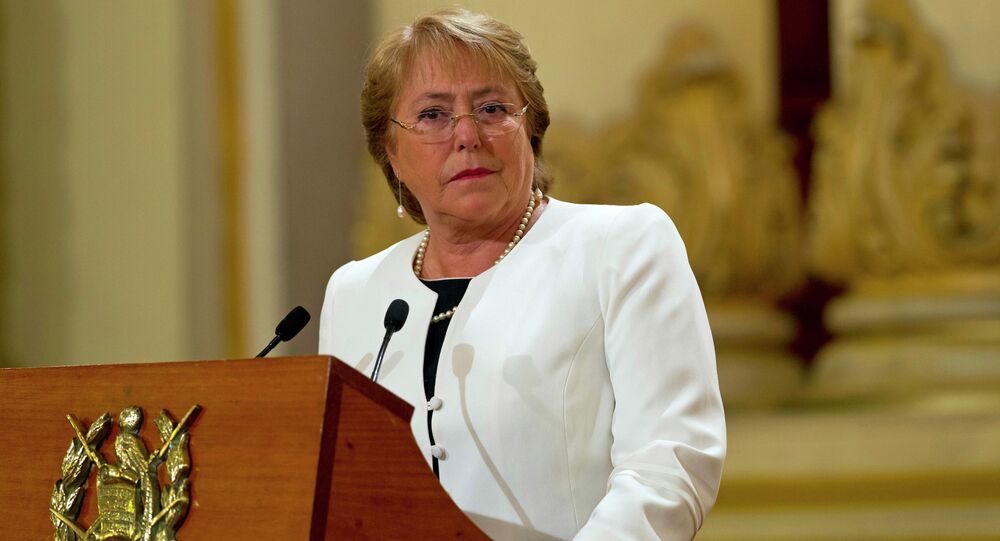 President Michelle Bachelet said that Chile is preparing to host a "large number" of refugees.

MOSCOW (Sputnik) — Chile is preparing to host a "large number" of refugees, as the world is struggling with a global migrant crisis, President Michelle Bachelet said in a statement.

"As a government we are working to host a large number of refugees because we understand the tragedy that is being experienced, it is a tragedy for all humanity," Bachelet said during a ceremony on Monday, as quoted by El Comercio portal.

According to the media outlet, the president did not specify the exact number of refugees Chile would be accepting.

© REUTERS / Miraflores Palace/Handout via Reuters
Venezuela Ready to Take in 20,000 Syrian Refugees - President
The world is currently struggling with an unprecedented migrant crisis, with hundreds of thousands of people attempting to flee conflict torn regions of the Middle East and North Africa.

Earlier in the day, several other Latin American leaders, such as Brazil’s Dilma Rousseff and Venezuela’s Nicolas Maduro, pledged to take in Syrian refugees.