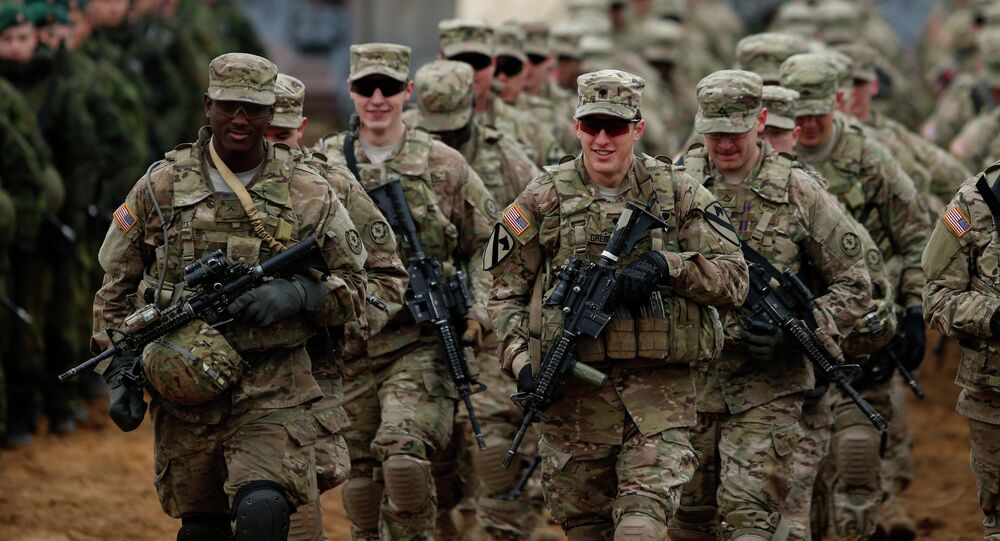 US Ramps Up Military Presence in Latin America

Peruvians marched in the capital city Lima to protest the planned arrival of more than 3,000 US military personnel and the continued US military intervention in the South American country, local media reported on Thursday.

© REUTERS / Carlos Garcia Rawlins
Washington Preparing for 'Political Intervention' in Latin America
The march began from the Plaza San Martin in central Lima and moved to the US embassy.

Demonstrators protested the government’s decision to allow the US to send 3,200 soldiers armed with weapons, ships, and planes to Peru, whose arrival is expected September 1, Prensa Latina news agency reported.

Despite the parliament’s approval of the American military presence in the country, the protesters condemned it as an assault on Peruvian national sovereignty and security.

Russia’s REGNUM news agency earlier quoted Gustavo Espinoza, the chief editor of Nuestra Bandera magazine and the head of the Center for Marxist Studies at the Jose Marti University in Lima, as saying that the US was “shifting the focus of its military operations from the Middle East to Latin America to defend the interests of big imperialist monopolies and oligarchic companies.”

In an interview with La Radio del Sur, Espinoza warned that the US military presence in Peru could spread elsewhere in the region.

The 3,200 military personnel will be in Peru only temporarily, while three more US military groups of at least seven contingents that have arrived in Peru this year will stay for 12 months.