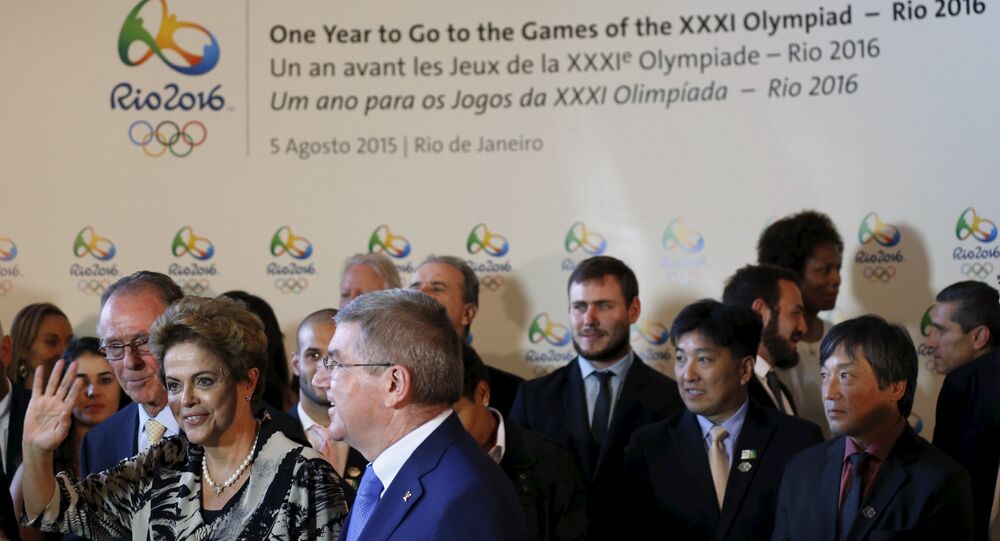 Several dozens of boats and water craft converged in Brazil’s Rio de Janeiro's Guanabara Bay, the venue for next year’s Olympic sailing events, to protest against its heavy water pollution, the BBC reported.

MOSCOW (Sputnik) — Rio de Janeiro will host the Summer Olympic Games on August 5-21, 2016, and will become the first South American country to host the competition.

When Rio de Janeiro bid for the Games in 2008, the authorities promised that the cleanup would likely be completed by the time the games began. In March, Rio Mayor Eduardo Paes said the bay was unlikely to be cleaned in time.

The Brazilian sailor and Olympic champion, Isabel Swan, was among the organizers of the protest.

"It was very important to bring the Olympic Games to Rio, but we weren't able to clean the bay…. I want to create a movement that will inspire people to defend Guanabara Bay and help the government make a real commitment to cleaning it up," Swan told the BBC on Saturday.

Guanabara Bay has suffered extensive damage in recent decades, heavily impacted by urbanization, deforestation, and pollution of its waters. In 2014, more than 70% of the sewage from more than 12 million inhabitants of Rio, was flowing down into the bay, according to Instituto Oswaldo Cruz, the prominent Brazilian health research base.

The issue has become one of the main concerns during Brazil's preparations for the Games. Earlier this year, a wave of criticism arose over the slow pace of the water cleaning.