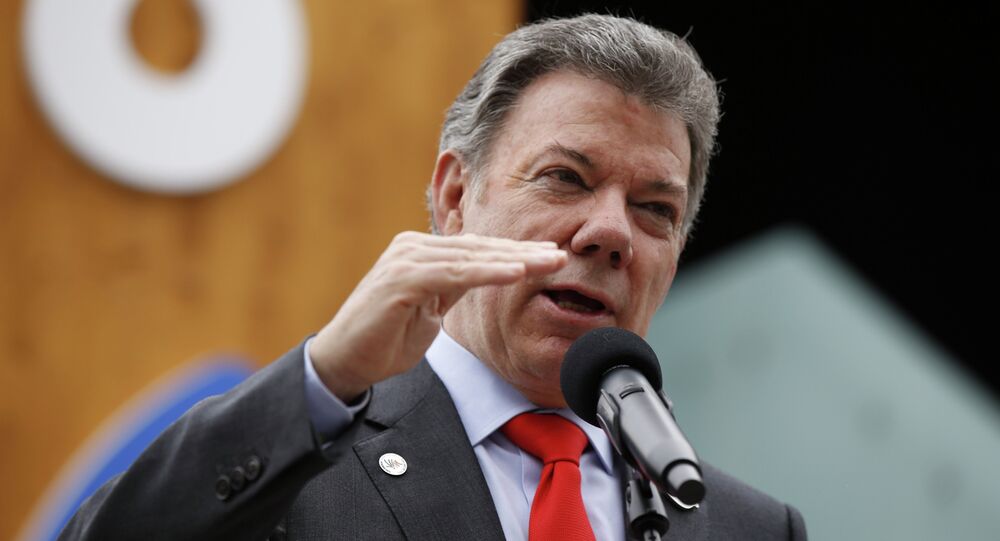 Colombia's President has ordered the suspension of air strikes on the positions of the Revolutionary Armed Forces of Colombia.

On Monday, FARC ordered all their units to observe a ceasefire and released a Colombian soldier it had captured earlier this month as a gesture of goodwill.

“I have ordered to suspend airstrikes on FARC camps starting today. They will be carried out only in the case of an explicit order of the president,” Santos said Saturday.

He added that the sides were able to revive the peace talks and “are closer than ever to put an end to the war.”

Colombian armed forces have been fighting FARC, the country’s largest rebel group, since 1964. The two sides have been holding peace talks in Cuba since 2012.

Recent progress in peace talks between FARC and the government was achieved in June with an agreement on the creation of a joint Truth Commission.

As many as 220,000 people have been killed as a result of the armed conflict in Colombia.