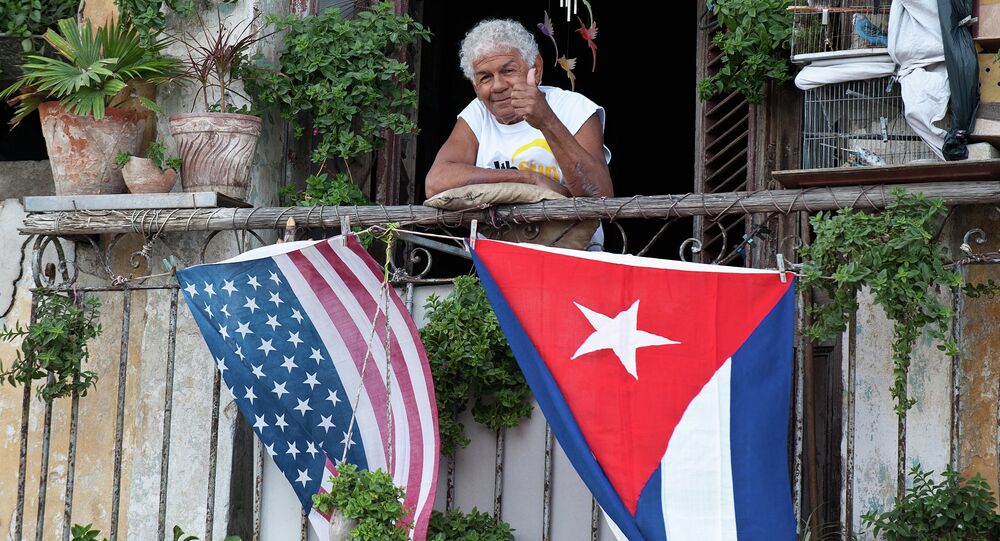 US’ Two Faced Strategy: Dialogue With Cuba is Ploy to Destabilize Havana

The start of the US-Cuba dialogue is a decoy to defeat Cuban independence, as in reality the White House uses diplomacy to influence Cuban citizens and through them they wish to pressure the government in Havana, US academic James Petras said in an interview to La Radio del Sur.

According to Petras, who is a former professor of sociology at Binghamton University in New York and Saint Mary's University in Canada, the US started talking to Cuba because its previous strategy of sanctions and isolation didn't work, and Washington decided to use a trickier route.

"Washington couldn't overthrow the Cuban government and decided to restore diplomatic relations to influence Cuban citizens, and through them to pressure the government," Petras said.

The main problems in the US-Cuban relations remain unchanged. The economic blockade is still on and most importantly the prison at Guantanamo Bay is still open, Petras said.

© AP Photo / Desmond Boylan
US, Cuba Diplomatic Ties Renewal to Be Unaffected by Activists' Arrests
The US wants to show the world its "best face," but then use diplomacy for its devious goals — to overthrow governments that stand against American interference and want to live independently, the professor said.

In other countries, such as Honduras and Ecuador, the US government succeeded in their strategy. The White House has its agents in these places that organize anti-government protests to destabilize the countries. The US wanted to pursue the similar strategy in Cuba, but fortunately for Cuba, American agents failed in doing so, Petras said.

Petras is known for his academic expertise in Latin American politics. He was a founding member of the Young Socialist Alliance and has always been active in left-wing politics and issues of social justice. In the past, Petras advised left-wing world leaders, including Greek President Andreas Papandreou, Chilean President Salvador Allende and Venezuela's Hugo Chavez.

Moscow Sees Normalization of Relations Between US, Cuba as Positive

CELAC Nations Urge US to Scrap Economic Blockade of Cuba