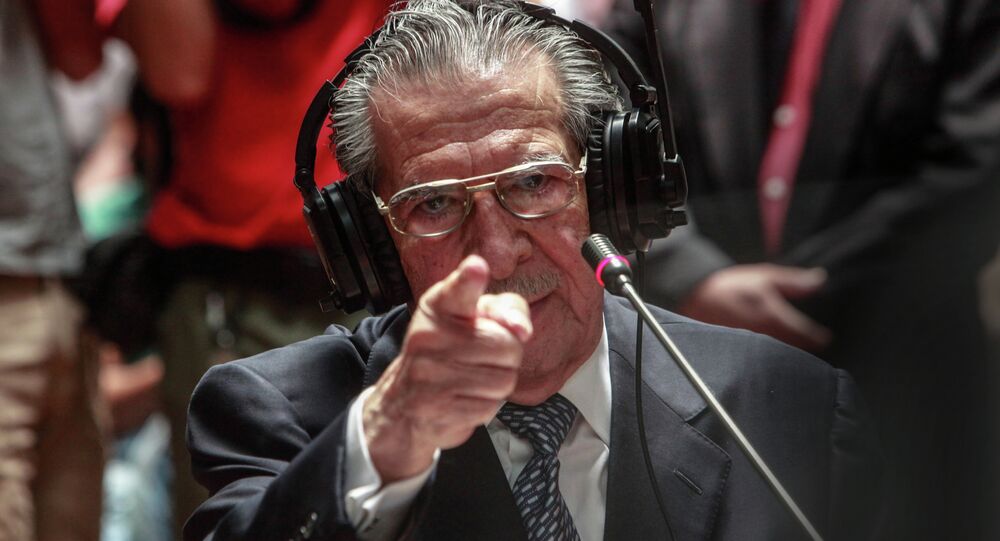 Ex-dictator Efrain Rios Montt, 89 years old, would not be able to defend himself against human rights charges at an upcoming retrial due to cognitive deterioration, the National Forensic Science Institute declared.

© REUTERS / Jorge Dan Lopez
What’s Going on in Guatemala?
The former general was convicted in May 2013 of ordering the army to carry out 15 massacres of Ixil Maya indigenous people in Quiche in northern Guatemala, in which around 1,700 Indians were killed. However, the country's constitutional court threw out his 80-year sentence citing procedural errors.

"He does not have full use of his mental faculties and he is not capable of correctly understanding the charges against him," the National Forensic Science Institute said.

The tribunal handling the case must still decide whether the institute's conclusion should be accepted at a hearing scheduled for 23 July, The Guardian reported.