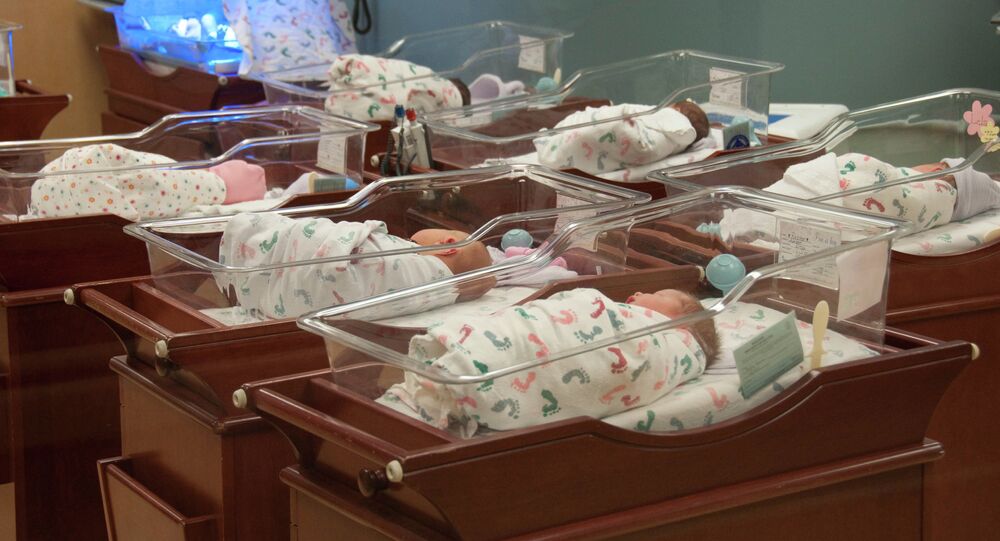 In what is being lauded as a major achievement in public health and an important step towards an AIDS-free world, Cuba has just become the first country to successfully stop the transmission of HIV and Syphilis from mother to child.

© Flickr / CDC Global
California Professor Claims He’s Created an HIV Vaccine
In March, a panel of health care experts with the World Health Organization (WHO) visited Cuba to assess the country’s push to eliminate HIV and syphilis transmission.  "Elimination," by the WHO’s standard, is defined as the "reduction of transmission to such a low level that it no longer constitutes a public health problem."

Finding that only two babies were born with HIV and five with congenital syphilis in 2013, they announced that Cuba has met the standard and is the first country in the world to eliminate parental transmissions.

"Eliminating transmission of a virus is one of the greatest public health achievements possible," said WHO Director General Margaret Chan. "This is a major victory and a long fight against HIV and sexually transmitted infections, and an important step towards having an AIDS-free generation."

According to the WHO, an estimated 1.4 million HIV-positive women become pregnant each year, and they have a 14-45% chance of transmitting the virus during pregnancy, labor, or breastfeeding.

Scientists believe that HIV prevention is key for the eradication of AIDS, even without a cure. Cuba’s success in preventing transmission is therefore seen as a major breakthrough in the effort to rid the world of the viral disease.

Cuba’s achievement is in part the result of a five year program launched in 2010 by the WHO in collaboration with the Pan American Health Organization. The program partnered with several Latin American countries, including Cuba, to end HIV transmission in the region.

The initiative included methods to reduce the likelihood of transmission, such as testing pregnant women and their partners for the virus, caesarian deliveries, and providing substitutions to breastfeeding. The countries also increased access to antiretroviral drugs and treatment, which drop the risk of transmission to a little over 1%.

The number of children born with HIV has been halved in recent years, according to WHO data, dropping from 400,000 in 2009 to 240,000 in 2013. However, officials hope to see the number decline below 40,000. Cuba’s achievement will likely reignite these hopes and push others in the region and worldwide to reach the goal.