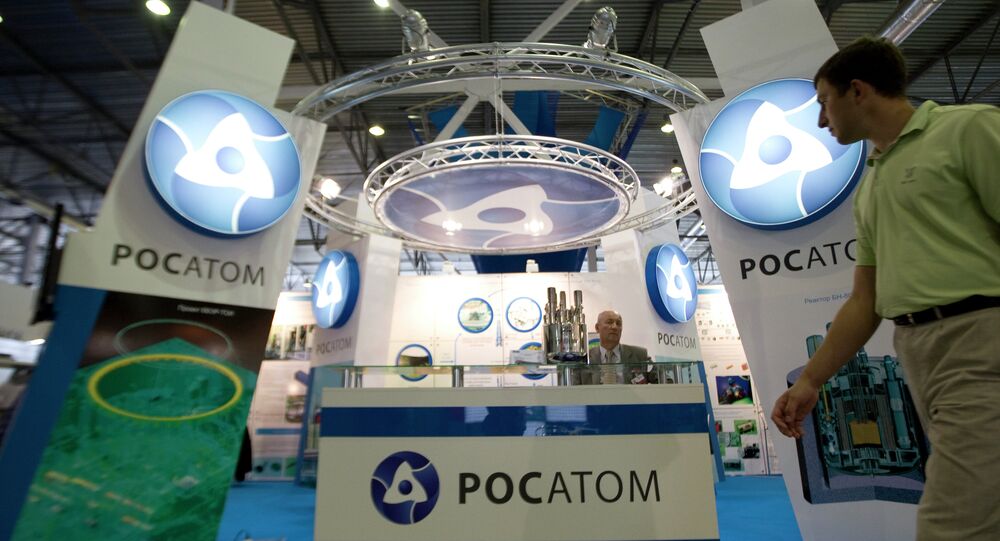 Twitter
Rosatom to Set Worldwide Roadshow of World’s Largest Fast Neutron Reactor
Set to visit the St. Petersburg International Economic Forum, which runs from June 18-20, Sanchez stated that he was "invited to propose the possibilities for doing business in Bolivia. In addition, we will sign an agreement, a memorandum with Rosatom."

According to Sanchez, in addition to electricity, Bolivia is interested in using nuclear technology in the fields of industry, medicine, and science. By 2020, the Andean nation has plans to create its first research reactor.

Bolivian President Evo Morales voiced his country's intention to launch a peaceful nuclear program in 2014, committing to invest $2 billion for the program by 2025. Bolivia has already presented its proposals to the International Atomic Energy Agency, and signed a cooperation agreement on peaceful nuclear energy use with neighboring Argentina.

© AFP 2020 / Peter PARKS
Russia, China Mull Cooperation on Nuclear Energy in Third Countries
Rosatom, a state-owned monopoly corporation established in 2007, is charged with the regulation of all nuclear assets in Russia, and is also responsible for the provision of nuclear technology, fuel, and other materials and services for peaceful purposes to dozens of nations. Russia is presently involved in the construction of over a third of all nuclear reactors worldwide.
...
Reddit
Google+
Blogger
Pinterest
StumbleUpon
Telegram
WhatsApp
183