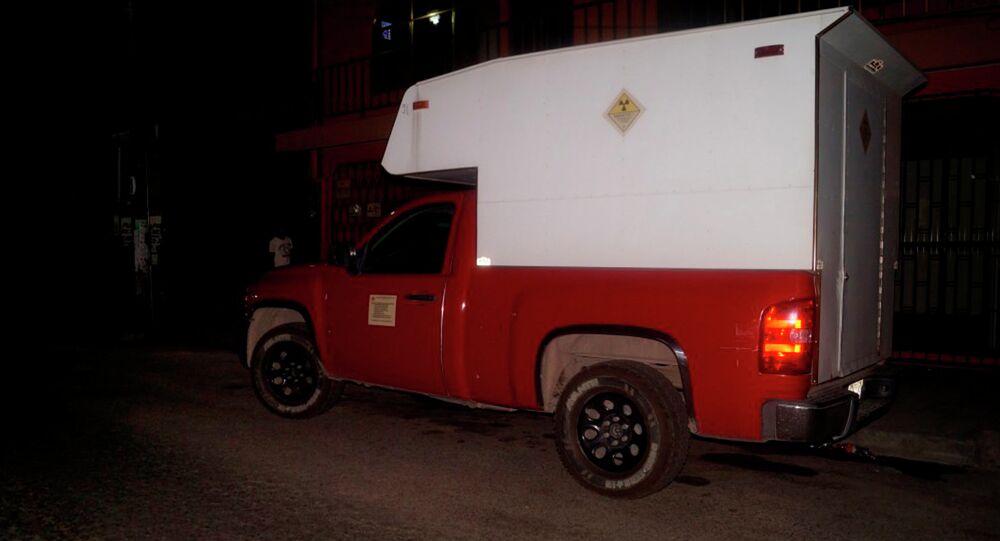 Where is Iridium? Police Find Stolen Van, but Its Radioactive Cargo is Gone

A truck with materials for industrial radiography, was stolen in the city of Cardenas in the southeastern state of Tabasco on Monday. An alert by federal authorities throughout southern Mexico remains valid.

© AFP 2020 / SERGEI SUPINSKY
Vietnamese Man Tries to Fly From Kiev to Moscow With Radioactive Clock
MOSCOW (Sputnik) – Mexican police have located the stolen van but not the radioactive materials originally contained within it, local media reported.

The truck, containing materials for industrial radiography, was stolen in the city of Cardenas in the southeastern state of Tabasco on Monday after employees parked it near a local mall.

The stolen material is identified as Iridium-192, a very dangerous radioactive substance if removed from protective casing. Exposure to unprotected iridium-192 can be fatal. Locals are advised not to touch radioactive material, establish a 30-yard security perimeter around the container and inform authorities.

Theft of radioactive substances is not uncommon in Mexico.

© Flickr / www_ukberri_net
Fracking Linked With Increase of Radioactive Gas in US Homes
In February, authorities recovered three trucks with Iridium-192 shortly after they were stolen in the city of Salamanca, central Mexico.

Last July, a truck transporting Iridium-192 was stolen in the suburb of Mexico City. Mexican authorities later found it abandoned not far from the place it was taken.

In the end of 2013, thieves stole a pickup carrying Cobalt-60, a necessary material for the creation of a so-called dirty bomb, according to the IAEA, UN’s nuclear watchdog.