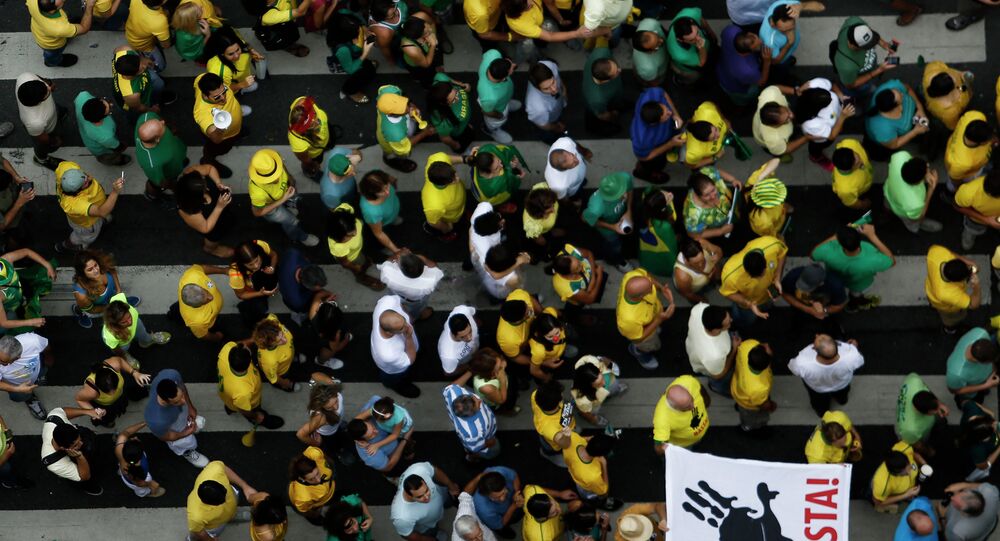 Brazil is seeing a new wave of nationwide rallies against governmental corruption.

MOSCOW (Sputnik) — Less than a month after mass anti-government protests drew up to 2 million people to the streets of Brazilian cities, the country is seeing a new wave of nationwide rallies against governmental corruption.

The Rio Times reported on Sunday that the protests will take place in at least 500 cities and towns across Brazil.

On March 15, from 500,000 to 2,000,000 people according to different estimates took to the streets across Brazil to protest against Brazilian President Dilma Rousseff's government in light of the country's economic problems and a corruption scandal in the state-owned energy company Petrobras that Rousseff headed between 2003 and 2010.

In response, Rousseff announced a series of reforms to combat corruption, including the introduction of penal sanctions for concealing funds obtained by political parties for election campaigns.