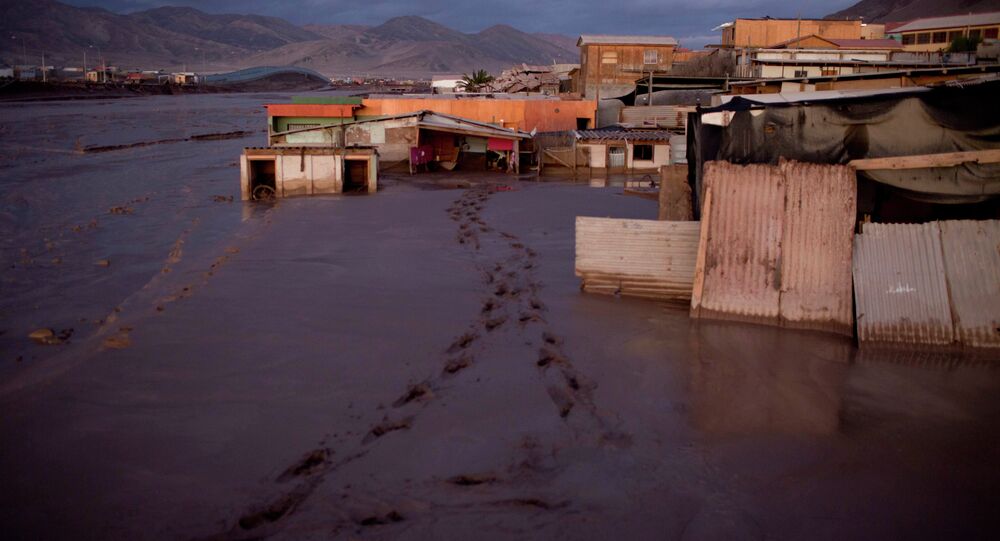 Death Toll in Chile After Flood Rises to 25 People, Could Grow Further

The death toll from the flood in Chile last week reportedly has increased to 25 people.

MOSCOW (Sputnik) — The death toll from the flood in Chile last week has increased to 25 people and could rise even further, rescue workers were cited by the BBC.

According to the broadcaster, 125 people are still missing as the concern for their life grows.

2 Dead, 24 Missing in Chile as Abnormal Flooding Hits Driest Place Globally
Sniffer dogs are reportedly used to search for people who might be trapped under the mud brought by torrents from the mountains.

According to Chilean Interior Minister Rodrigo Pinarello, more than 5,500 people had to take refuge in shelters, while the property of over 4,600 people was damaged by the floods.

The torrential rains in Chile that began on March 24 over the desert regions of the country are said to have been the heaviest in 80 years.