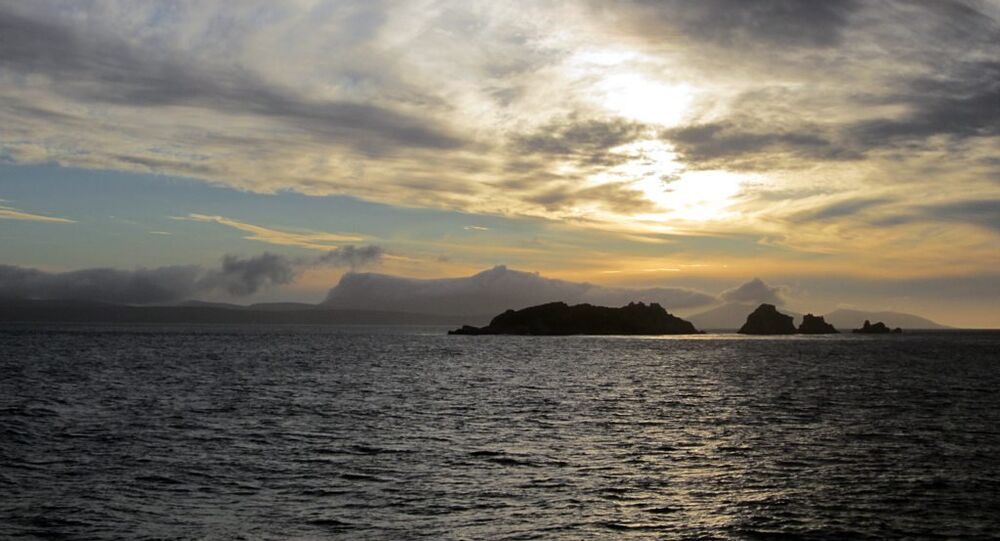 The discovery by UK-based energy companies of oil and gas in the waters around the Falklands Islands, also known as Las Malvinas, has inflamed tensions on the 33rd anniversary of the conflict between the UK and Argentina over the territory.

© Sputnik / Sergey Guneev
Argentine President Orders Declassification of All Falklands War Documents
The Argentine government has said it intends to take legal action over oil prospecting by UK energy companies in the sea off the coast of the Falklands Islands. On the same day, President Cristina Kirchner condemned the "paradox" of the British government increasing its military spending on the defense of the islands, "when more than one million English people have to eat at food banks because of a lack of resources in one of the most powerful countries in the world."

"The objective of this legal action by the Argentine Republic is to prevent the exploitation of resources which belong to our 40 million compatriots, and that the owners of the companies involved in these operations are tried according to Argentina and international law," Filmus said in a statement, according to Telam.

In her speech at Ushuaia to mark the 33rd anniversary of the beginning of the 1982 Falklands War, Kirchner paid tribute to those who lost their lives in the war, telling an audience which included Argentine war veterans that "we recall the memory of our fallen citizens, our young people, and we also honor the veterans who survived."

© AP Photo / Victor R. Caivano
UK Can Neither 'Confirm Nor Deny' Spying on Argentina Over Falklands
The Falklands War cost the lives of 649 Argentine and 255 British servicemen in 1982, as well as three Falklands Islanders, in two months of fighting after Argentina's military dictatorship launched an offensive to claim the islands as part of its territory.

President Kirchner, in her speech, then addressed the recent announcement by UK Defense Secretary Michael Fallon that the UK would boost Falklands-related defense spending by ₤280m ($417m) over the next 10 years to counter what Fallon called the "very live threat" from Argentina, a claim Argentine Foreign Minister Hector Timerman disputed as "war mongering" on the part of the UK government. Given that only 2,934 people lived in the archipelago as of 2012, this works out to roughly $142,000 per person, or $14,200 per person, per year.

"Don't worry, don't put a single pound more on defending the Falklands," said Kirchner. "Spend your money feeding the English, on providing jobs for your young people and a better quality of life for the British, because we are not a threat to anyone."

On Thursday, oil prospectors Falkland Oil and Gas, Rockhopper Exploration and Premier Oil announced the discovery of "better than expected" oil and gas reservoirs at the Zebedee exploratory well, one of six wells being explored as part of the nine month 'Sea Lion' drilling campaign undertaken by the three companies, which started last month in the North Falklands Basin.