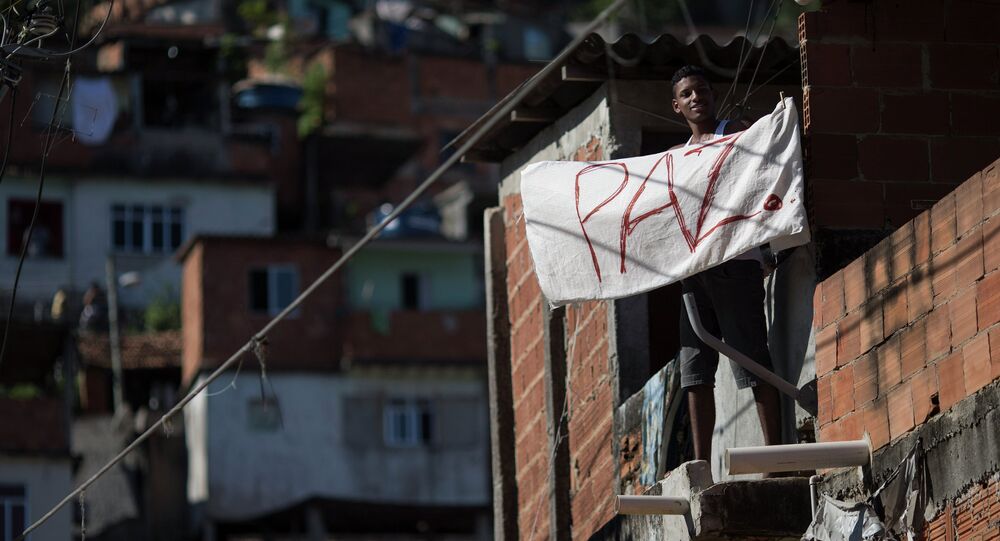 Police fired tear gas to disperse Rio de Janeiro favela residents Friday amid protests over the shooting death of a 10-year-old boy at the hands of officers, who claim a drug dealer shootout was to blame.

An estimated 300 or so residents came out in protest after Eduardo Jesus Ferreira was one of four people killed in the Complexo do Alemao in a 24-hour period ending with his death Thursday night.

Police say that Ferreira was killed after they returned fire from "criminals" in the slum. The highly militarized Police Pacification Unit (UPP) were first sent into the slums in 2010 in an effort to eradicate drug gangs that embed themselves in the poor neighborhoods.

The boy's mother disputed the story given by police.
"There was no shootout. The only shot heard was the one that killed my son. I ran out of the house and recognized an officer from the SWAT team near Eduardo, who was lying on the ground. When I got close, he told me he would kill me too," Terezinha Maria de Jesus told the newspaper Globo.

After the shooting of the boy, in the doorway of his home, residents screamed at police that they were "cowards," as seen in the video below (WARNING: graphic images).

"The circumstances of this death must be clarified and those responsible tried and punished," President Dilma Rousseff said of the incident, extending her "solidarity" to the boy's parents.

"The pain of the family of this victim of violence in Rio de Janeiro is mine as well. I lament it deeply," Rio's mayor, Luiz Fernando Pezao, said on Twitter.

However, according to EFE news agency, he reiterated the importance of having the UPP units present in the 70,000-resident area, as crime rates have dropped since their installation. The units have often come under fire for their tactics since the program's implementation.

The "pacification" process in the Brazilian city ramped up in anticipation of last year's World Cup soccer tournament and continues as Rio de Janeiro prepares to host the 2016 Olympic games. Thirty-eight of the special police units have been sent into 174 of the city's impoverished neighborhoods.
The two officers involved in the shooting have been removed from street duty pending investigation.
On Wednesday night, a stray bullet killed a woman in the area, and wounded her daughter. Two other residents were killed but the details of those deaths have not been reported.
Due to the tensions in Alamao, the neighborhood's traditional Easter procession will not be held for the first time in 20 years, according to local reports.

Brazil Trying to Shut Down WhatsApp