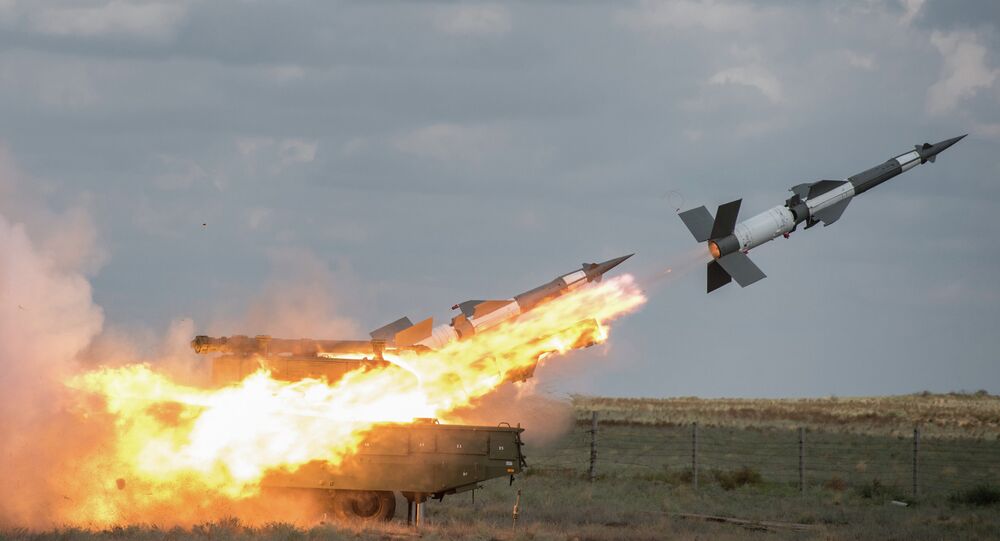 Venezuelan leader Nicolas Maduro plans to buy more weapons produced in Russia and China, saying the nation should step up its defense against foreign threats.

"We are a people of peace; we want neither violence nor war," Maduro said, adding that the army, police and the people of Venezuela have to stay alert.

Venezuela is the largest weapons importer in Latin America, according to the Stockholm International Peace Research Institute (SIPRI). Since 2011, the country spent some $2.6 on weapons, buying the majority of them in Russia.

© AP Photo / Ariana Cubillos
'Obama! Make No Mistake With Homeland of Liberators, Life's Hope' - Maduro
In the period from 2012 to 2015 Venezuela is expected to become the second-largest importer of Russian weapons, with sales reaching up to $3.2 billion, Igor Korotchenko, head of the Centre for Analysis of World Arms Trade, told RIA Novosti.

Maduro Sends Letter to Putin: 'Venezuela is Your Home'