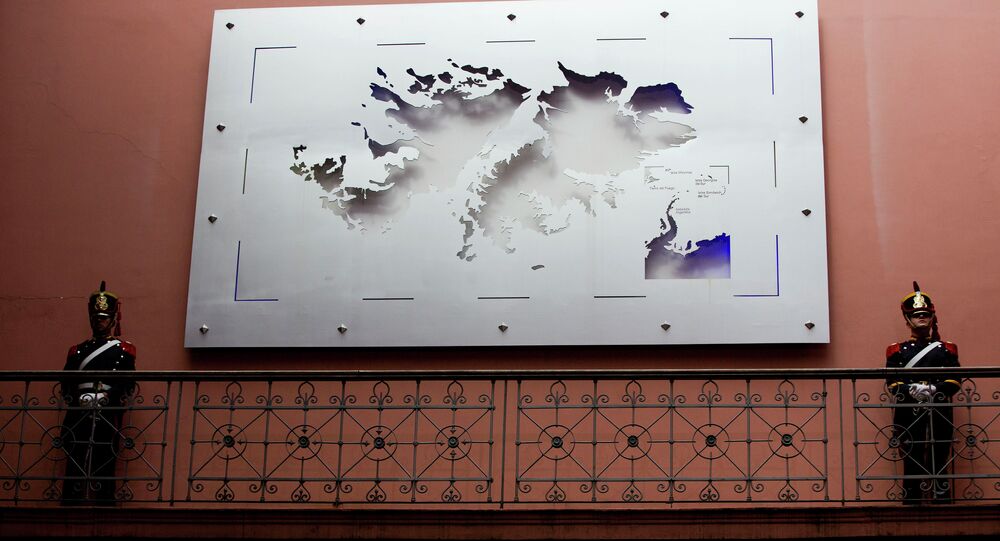 UK Defense Secretary Michael Fallon will announce troop and equipment reinforcements to the Falklands on Monday. The move comes in response to a UK Defense Ministry review suggesting an invasion to the islands is likely.

MOSCOW (Sputnik) — The United Kingdom will bolster its defense in the Falklands amid fears Argentina may increase its military capacity and invade the islands, the Telegraph newspaper reported Tuesday.

In 1982, Argentina invaded the Falkland Islands, a remote British colony in the South Atlantic that Buenos Aires claimed it owned. The armed conflict between the two nations took the lives of 655 Argentinian and 255 British servicemen. The 74-day Falklands war ended when Argentina gave up their bid to control the islands.

UK Defense Secretary Michael Fallon will announce troop and equipment reinforcements to the Falklands on Monday, the newspaper reported. The move comes in response to a UK Defense Ministry review suggesting an invasion to the islands is likely.

© REUTERS
UK Knows Better for Crimeans, Ignoring Their Desire to Be Part of Russia
In December 2014, Moscow and Buenos Aires reached a deal for the supply of Russian long-range bombers to the Argentinian Air Force.

On Monday, Russian member of parliament Aleksei Pushkov said Russia has far more legitimacy over Crimea than Britain has to the Falklands. The comment was made in response to UK Foreign Secretary Philip Hammond's labeling of Crimea's legal, democratic reunification with Russia as an "illegal annexation."

In 2013, Britain held a referendum in the Falklands which showed up to 99 percent of voters agreed that the islands should remain a UK overseas territory. Argentina rejected the referendum, claiming it was illegitimate.