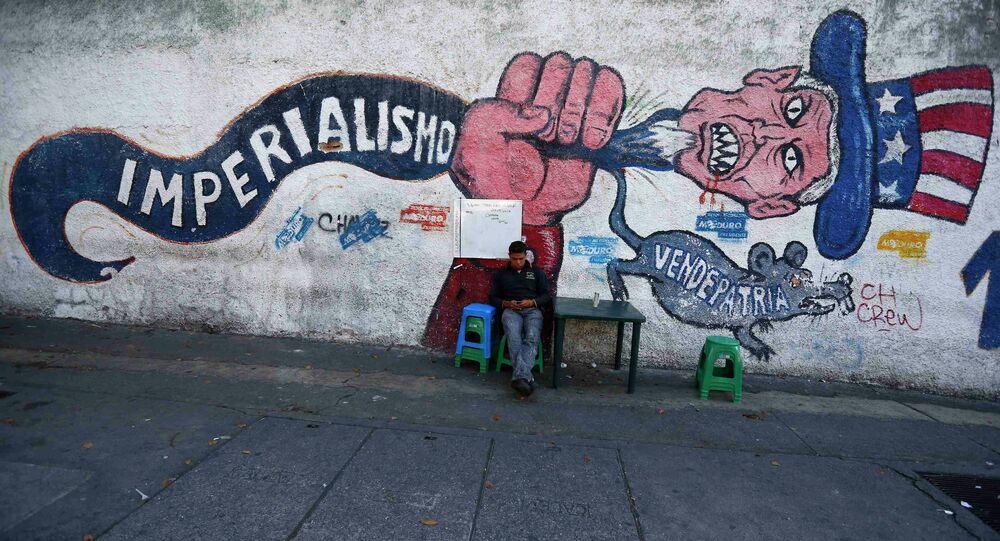 As Latin American leaders respond to US President Barack Obama's declaration that Venezuela poses a “national security threat,” Sputnik’s Karina Stenquist sat down for an exclusive interview with Ecuadorian Foreign Minister Ricardo Patiño to discuss relations between the US and Latin America.

Citing unrest in Venezuela, Obama issued an executive order on March 9 declaring that country to be national security threat and announcing sanctions against seven officials, marking a high point in tensions between the two countries since President Nicolas Maduro took office two years ago following the death of Hugo Chavez.

The response from Maduro and other Latin American leaders was swift and, for the most part, unified in vocal opposition to the move by the US. 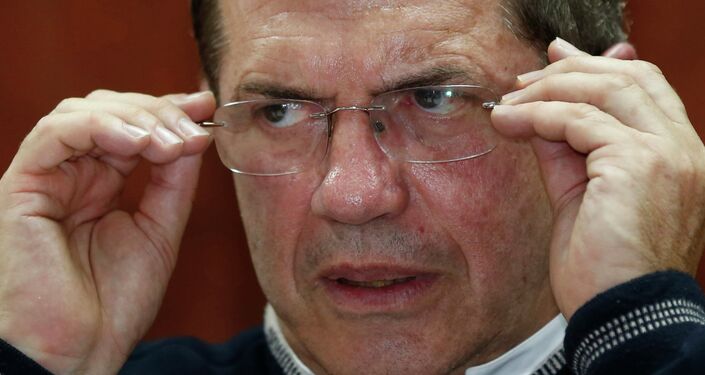 Even Raul Castro of Cuba — whose country is in the midst of a historic normalization of relations with the US — criticized the order, denouncing "the violation of sovereignty or the damage of peace with impunity in the region."

Shortly afterward, leaders of the member states of the Bolivarian Alliance for the Peoples of Our America (ALBA) met in Caracas, and drafted a formal response to the executive order, firmly rejecting it as a "threat of interference that runs counter to the principle of sovereignty and the principle of non-intervention in the internal affairs of states."

© REUTERS / Jorge Silva
A woman walks past a graffti which reads "war dead", in Caracas March 9, 2015

Patiño, in his turn, called Obama’s order "a decree that in no way favors good relations between countries on the same continent."

Sputnik: What came of the ALBA summit?

Patiño: “In that meeting, we couldn't even conceive of, much less tolerate, the idea that Venezuela is a threat to the US. Where is the threat? There isn't the slightest possibility of being a threat.

“They're a trade partner of the US, they sell them oil every day, there are all sorts of relations — commercial, tourist — between the two countries. That's why the order doesn't make the least bit of sense, doesn't have the least basis.

© AP Photo / Ariana Cubillos
US Using Same Tactics in Venezuela as in Ukraine - Russian Diplomat
“[During recent violence and protest in Venezuela] there has clearly been an attempt to impose violent conditions made by some violent groups. We're not talking about all the opposition — there is democratic opposition, who we spoke with at the UNASUR commission. But there are also violent groups, that, when you ask them, when they are interviewed, ‘Why are you out here?’ — ‘We're here in the street until Maduro leaves.’ They want Maduro out by elections or, if not, by force.

“The Venezuelan revolution isn't going to come to an end through external meddling. And it's not their place to put an end to the Bolivarian revolution, but to respect each country.”

Sputnik: How do you respond to those that say that Latin American leaders are overreacting, talking about invasion and conspiracy, when it's just formal language to impose limited sanctions?

Patiño: "When a government says something, when the president signs something, when he uses 'I', 'I, the President of the United States, Barack Obama', you can't say it's just a formality. Just to take measures.

© Flickr / Gаme of light
Buenos Aires Development Forum Paints US as Threat to Latin America
"The problem is that, often, that decision, those orders, have been a prelude to military interventions. We know that — like Afghanistan, like Iraq, and other countries — that they were considered a threat and then invaded. They aren't always invaded. Sometimes not. But often it's just this justification that's given for intervention.

"Because, if I consider you a threat to me, I must act to stop that threat…That's why the terms he uses are so serious."

Sputnik: White House spokesperson Jen Psaki recently called accusations of conspiracies leveled by Nicolas Maduro against the US "ludicrous" and cited a "long-standing policy" of not backing coups or other non-democratic transitions of power. How do you respond?

© REUTERS / Carlos Garcia Rawlins
UNASUR Demands End of US Sanctions on Venezuela
Patiño: "We in Latin America have a long-standing tradition of US intervention. We know it. By heart and forever. For all of the 20th century, and even the 19th century, with the first interventions by the filibusters, as they were called, in Nicaragua.

"But in the 20th century: The Dominican Republic, Grenada, Panama, Chile. Not just military interventions, but we're talking about dictatorships, imposed by political powers in the United States. Chile, Argentina, Uruguay.

"In our country, in Ecuador, in 1963: We had a lovely tradition of democracy, economic progress and, as a result of CIA actions, a dictatorship broke that democracy to pieces… It's a shame, but the US longstanding tradition is one of intervening, invading, abusing and producing dictatorships in our region.

"If there is a threat on this continent, it is the United States. They're the only one that can be considered to be such from historical experience. They are a threat to our countries. And, despite that, we still believe they can change, someday, we know it's difficult."

A Light at the End of the Tunnel
March 16 marked the 1000th day that WikiLeaks founder Julian Assange has been living, under asylum, in the embassy of Ecuador in London. The Swedish prosecutors who have been after him since 2010 on charges of sexual assault have, for the first time, conceded to interview him in the embassy instead of insisting he must be questioned in Sweden, where he fears further extradition to the United States.
© AP Photo / Alastair Grant
Swedish Ex-Prosecutor Calls Assange Case 'Disgrace For My Country'
One of the reasons Swedish prosecutors are changing tack is that, as a result of legal proceedings concerns a petition made by Assange, courts directly admonished the prosecution for its inaction.
Sputnik: What does this sudden change in strategy mean for Assange?
Patiño: "At least, we're starting to see a light at the end of the tunnel. For the first time. And very late in coming. But we're starting to see it. We told Sweden right at the start, the first day, we're prepared to facilitate conditions for you to take his statements. Because we knew there were important charges against Julian Assange…and in four and a half years, not even a first step has been taken to address those charges….
"The second reason [that the Swedish prosecutor has changed her mind]- which is really worrying — is that the prosecutor says, 'OK, now I'll do the interview because the statute of limitations is running out.' I have to ask myself: what if the statute of limitations was 50 years? Would they take 50 years? Leave someone stuck in our embassy for 50 years?
"It's incredibly serious…And in the mean time to have so flagrantly, so gravely, violated the human rights of Julian Assange. 1000 days! And now to just say, 'OK, I can take the statement.' Why didn't they do it the first day?…
"And imagine, they take the statement and come to the conclusion that they shouldn't go ahead with the charges? Shouldn't take him to trial? 'Truth is, yes, with what you've told me, you should be able to go home. Nothing's happened here.' And the 1000 days?"
...
Reddit
Google+
Blogger
Pinterest
StumbleUpon
Telegram
WhatsApp
563

US Willing to Engage Venezuela Despite Sanctions - State Department

Maduro Gets Special Powers Amid US Sanctions Against Venezuela